A leading UK media professional and academic expert has welcomed a new pledge by the BBC to invest further in Birmingham and the West Midlands, as part of a nationwide power-sharing plan.

The corporation has committed to producing more entertainment and drama shows in the city. In addition, the BBC News data journalism team will move to Birmingham as will Radio 1’s news show Newsbeat, while the Asian Network news teams will also be located here. 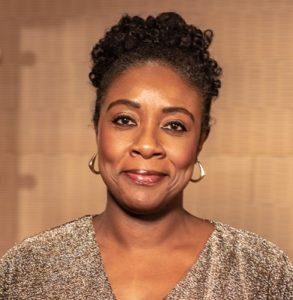 Marverine Duffy, Director of Undergraduate Journalism at Birmingham City University, said the public service broadcaster’s pledge to improve its profile in the city “a game changer” for the city-region.

The former Sky, BBC, and ITV News journalist and broadcaster said, “The prospect of the BBC increasing investment into production here in Birmingham and the West Midlands is hugely exciting. The possibilities for broadcasting more stories about, by and for communities of the city-region are so wide-ranging.

“Birmingham City University has a long history of producing the next generation of journalists and creative media professionals, with a very strong emphasis on employability. We have BCU Media and Journalism alumni working for the likes of local and regional news, right through to ITV’s I’m a Celebrity Get Me Out of Here & Love Island, Sky News, BBC’s Newsnight and into commissioning programmes at the BBC and Channel 5.

“The potential for our students to remain in the second city after they graduate to work at the heart of thriving media industry is energising, particularly when for years there’s been a concentration of those lucrative roles in either London or Manchester.

“This news feels like a game-changer, not just for our students and alumni, but also for viewers and listeners across the region.”