First three organisations sign up to provide jobs for the homeless.

A Birmingham-based charity which launched in October has already confirmed three job roles to help rough sleepers off the streets and into full-time employment. Standing Tall has secured M. Lambe Construction, Norton’s and Soho Road Business Improvement District as its first employer partners for the new year.

These three vacancies have been created in partnership with the organisations and will be given to three individuals experiencing homelessness, who will be supported by the charity. Their salary will be covered by Standing Tall for the first three months, funded by public and private donations, with the hope that each organisation will continue employment beyond this period.

Christy Acton (pictured), Founder of Standing Tall, comments: “We are so excited to have three jobs confirmed for the new year and we’re busy matching the right individuals for these roles to enable them to move off the Birmingham streets for good. For 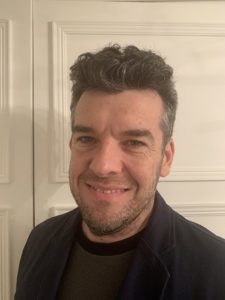 many people going through tough times, securing a stable job is the game changer; it enables someone to realise their value and have the ability to live in safe and decent accommodation.

“We launched a Christmas crowdfunding campaign at the start of December to help us raise £6,000 and fund these three roles. It’s going really well and we’ve had a brilliant show of support from the city and we’re halfway there, but I really hope that we can reach our target by Christmas Eve so that these vacancies can be filled and funded in January. I ask everyone to please share and, where possible, donate to our campaign!”

Standing Tall aims to work with fifteen individuals and businesses over the next twelve months; working alongside each person to match them to suitable employment and help them with their next stage of independent living. These initial roles are in construction, hospitality and retail, but new employer partners will enable a variety of employment vacancies to be offered.

Michael Lambe, Managing Director of M. Lambe Construction, is one of the initial employer partners: “M. Lambe Construction is fully committed to playing our part in tackling homelessness, from both our headquarters in Birmingham and our East Midlands base in Derby. We are so pleased to be working with Standing Tall, as it allows us a route to find great people we otherwise may have been missing and, in doing so, helping people return to work and developing themselves to their full potential.

Our partnership with Standing Tall fits perfectly with our commitment to invest in our local communities and we look forward to a long-standing relationship.”

“In addition to employment, Standing Tall will also provide a tailored accommodation provision to enable people to move away from the street for good. As part of this service, the charity is looking for its ‘Amici’ – Latin for ‘friends’ – who will host each individual in their home for six months before the charity works with the individual to find their own accommodation.

These Amici will be Birmingham residents who will be selected, trained and paid to provide a room and appropriate support for an individual for the initial period as they move off the street and into their new job role. Christy adds: “The Standing Tall Amici will play a crucial role in the work that we do whilst we help someone off the streets, into a job and, eventually, into more permanent accommodation. We’ve already had interest from a range of people; from past carers and foster parents, to those living alone looking for company, but we need more people to come forward and be supported into this crucial part of someone’s new future.”

Christy, the charity’s founder, has been running a 24-hour Christmas campaign throughout December; taking to the streets around the clock and having conversations with key people about homelessness in the city. The campaign has already raised £3,000 of its £6,000 target, which will help three people off the streets and into jobs with M. Lambe Construction, Norton’s and Soho Road Business Improvement District in January.

To help the charity fund these roles for the first three months, donate via their crowdfunding page.

To find out more about becoming an Amici, visit standingtall.org.uk.