Birmingham City Football Club have launched a new Christmas playscheme at St. Andrew’s Trillion Trophy Stadium, giving local children behind-the-scenes access to the ground, as well as keeping them entertained and well fed during the first week of the school holiday.

Coaches and staff at Birmingham City FC Community Trust are welcoming 60 local students from nearby primary schools into the stadium from Monday 21st December – Wednesday 23rd December, with the youngsters taking part in arts and crafts, dance classes, stadium tours and more. 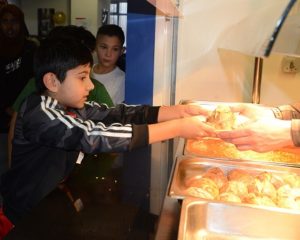 Importantly, the Birmingham City FC Community Trust wants to continue the hard work that Marcus Rashford spearheaded in October, with every child who attends the playscheme receiving a daily hot meal thanks to funding from the club and the Premier League.

As well as getting to see the stadium like never before, stars from the Blues men’s and women’s first teams will be appearing virtually to wish the pupils happy holidays and inviting them along to a matchday when fans are allowed to return to the stadium fully.

Star forward and education ambassador for the club, Lukas Jutkiewicz said: “The club is a vital part of the local community and we want to do as much as we can to help youngsters in the area. Although they’re unable to be with us at St. Andrew’s at the moment, we know they’re still supporting us from home, so it’s important we support them as much as we can too.”

Anthony Isherwood, community director at Birmingham City FC Community Trust, said: “Christmas is supposed to be a time when families celebrate, relax and eat well, but Marcus Rashford’s work has highlighted that for many across the country, that isn’t the reality.

“We have strong links with a whole host of local schools, and we want to support those families who will have extra strain on them this festive period. We’ve got a great schedule of activities, surprise appearances and goodies, and we’re proud that we can help to feed our local youngsters this Christmas.”

Birmingham City FC Community Trust is the charitable arm of the club, working within communities across Birmingham to deliver education, health and wellbeing programmes. Alongside delivering playschemes and fitness classes, the Trust also runs full-time college and degree courses.

For more information on the work carried out by Birmingham City FC Community Trust, visit bcfc-community.co.uk