Accountants travel around the world for hospital charity.

A Midlands accountancy firm is taking on a global challenge which they hope will add up to a cash windfall for Birmingham Children’s Hospital Charity.

Staff at Prime Accountants Group, which has offices in Birmingham, Coventry and Solihull, have set themselves the daunting target of travelling around the world in 80 days to raise money for the children’s charity.

The accountants have crunched the numbers to reveal they need to collectively cover an incredible 40,075km in what is their most ambitious project yet in support of their chosen charity, following on from Le Tour in 24 earlier this year, in which 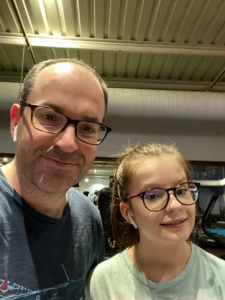 they collectively cycled the distance of the Tour de France in 24 hours.

Prime Accountants Group managing director Kevin Johns explained how the idea originated, saying: “Within a month of our last fundraising event for Birmingham Children’s Hospital Charity, the country was in lockdown and the world as we know it has not looked the same since.

“With people being unable to travel easily to see family, friends and colleagues in other offices, we have been thinking about how we can all work together to improve both our mental and physical wellbeing as the winter months approach.

“So, we set ourselves this challenge to travel around the world in 80 days as a team to be completed by January 4th.

“It’s going well so far but it’s such a huge undertaking that we’ve got our families involved, too! We’re all busy tracking our distances whilst running, walking, cycling and swimming our way around the world.

“As well as supporting our chosen charity, we felt this challenge would really help our collective wellbeing during what are obviously trying times for everyone. It gives us all an added incentive to get out in the fresh air, do some exercise and get the endorphins flowing – all for a good cause.”

Prime’s dedicated team has already raised more than £80,000 for various charities over recent years but has not set a specific target for this latest voluntary venture.

Kevin said: “At Prime, we recognise that, as a local business, we have a responsibility to the local community and we’re proud of our fundraising and charity projects.

“We know this year hasn’t been easy for anyone and we’re living through unprecedented times.

“We’re just hoping that people can maybe spare what they might have saved on fuel by working from home today or the few pounds they’d usually use to buy a coffee on their commute and help support such a worthy cause.

“We know it will all add up nicely and mean we can give back to Birmingham Children’s Hospital, where they’ve worked harder than ever this year as charities across the country have really been up against it.”

You can donate to Prime’s Around the World in 80 Days challenge at JustGiving.