Preet Kaur Gill MP, the Chair of the All Party Parliamentary Group for British Sikhs has written to Priti Patel, the Home Secretary and Robert Jenrick, the Communities Secretary asking for urgent action to address Anti-Sikh hate.

One of the key actions agreed was for the APPG to produce a report into Anti-Sikh hate crimes and send to relevant Ministers and Shadow Ministers as government’s plans to tackle hate crimes have for many years largely focused on Antisemitism and Islamophobia. 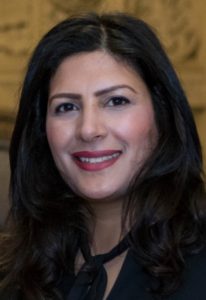 The report that is attached aims to establish an official term and definition of hate crimes against Sikhs through consultation with government and the wider public over the next 60 days.

The phrases Anti-Semitism and Islamophobia are very well established with government bodies and the mainstream media while hate crimes targeting Sikhs are often overlooked. Agreeing definitions has caused more of a challenge that the Sikh community wish to avoid at the outset.

The other matter the report addresses is the lack of government focus and funding to increase the reporting of hate crimes targeting Sikhs.

The government annually provides £14 million to the Community Security Trust as part of the Jewish Community Protective Security Grant that in part addresses the reporting of Anti-Semitic hate crimes. Tell Mama has received over £1 million since 2012 to specifically increase hate crime reporting linked to Islamophobia.

In response to criticism of the government’s hate crime action plan published in July 2016 that overlooked Sikhs and the level of hate crimes reported in the UK Sikh Survey 2016 the Communities Secretary announced in January 2017 the allocation of funds to specifically address the Sikh community. These funds were earmarked and allocated to the police through True Vision. However, nearly four years later these funds remain unused.

The APPG report recommends government support to a community-based initiative run by the Sikh Network and Sikh Council UK with a start-up grant and annual funding for the next 3-5 years with fifteen new Sikh reporting centres at Gurdwaras across the UK.

Preet Kaur Gill MP (above) said: “The scale of hate crimes targeting the Sikh community is a phenomenon that is largely invisible to government and the wider public.”

“However, the increased reporting is the result of Sikh community organisations raising awareness of the need to report and has been achieved with no government funding or support.”

“This must now change as hate crimes against the Sikh community are on the increase and should not be hidden away and ignored.”