The forward line picked by Gareth Southgate could have done with Mason Greenwood for all the game as well as the physicality of a Marcus Rashford against a team with a Viking mentality. The England defence was also less than impressive and if the 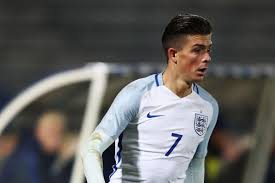 likes of Kyle Walker, Kieran Trippier and eric Dier are the best we can muster, then we are not making the progress that we should.

However, it is the midfield that really concerns me. Personally I think James Ward-Prouse and Declan Rice are vastly over-rated, and are in the average at best category at international level. Now, as a Bluenose, it’s natural for me to think that Jack Grealish gets eleven out of ten for his smarm factor and he also reminds me of a footballing version of Harry Enfield’s ‘Tory Boy’.

However, and much as it grieves me to say it, Grealish is a undoubtedly a top quality player brimming with natural ability and should be one of the first names on an England team sheet. Unless closely man-marked (and I can’t understand why more teams don’t do this) he can be unplayable, and England aren’t so overflowing with talent that Southgate can afford to keep such a player on the bench.

It’s the usual story of a player from the Midlands not getting a fair crack of the whip when London-based lesser lights such Rice, with only a fraction of Grealish’s talent, get the nod.