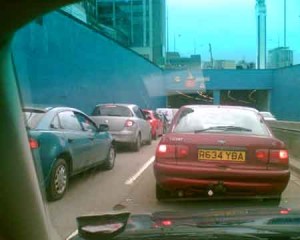 The Conservative Group on Birmingham City Council have called for the Clean Air Zone charge to be halted following continuing delays in producing the definitive vehicle checking guide that will allow resident to see if their car is compliant with the zone.

The travel tax, which has already been delayed from its original launch date in January 2020 had been due to come into force in the middle of the year but the promised website that will allow drivers to find out if they will be liable to pay the charge has still not been launched.

Concerns have also been raised about previously misleading comments from the Cabinet Member for Transport Cllr Waseem Zaffar that appeared to suggest residents could use the London ULEV zone website to check compliance despite problems with that website and it being revealed it was not applicable to the Birmingham scheme despite previous claims being exposed by BBC Radio WM.

Cllr Robert Alden (Con, Erdington), Leader of the Conservative Group said, “Whilst we believe this regressive tax on the poor and on small businesses should be scrapped entirely, it is completely unacceptable that Labour are still pushing ahead with implementing it this summer whilst residents and businesses still have no reliable way of finding out what action they need to take.

“It is deeply concerning that Cllr Zaffar apparently advised listeners of the Danny Kelly programme last spring to use the London vehicle checker when it now appears that vehicle that were shown on there as being compliant no longer are. Residents with little money to spare could well have made purchasing decisions based on what they heard Cllr Zaffar say and no find themselves with a car that is still going to cost them £8 day to drive to work before they even park up.”

Problems with the London ULEV website were revealed on BBC WM on 5th February. Cllr Alden added: “Cllr Zaffar needs to apologise to Birmingham residents for his previously misleading comments and provide urgent advice to everyone on how they can get reliable information on the compliance of their vehicle or one they are considering purchasing.

“He also needs to ensure that the full definitive information on compliance is available to everyone for an extended period of time before Labour introduces this tax to avoid making what is already an unacceptable situation even worse.”