Commemorate Battle of Britain 80 at the RAF Museum.

2020 is the 80th anniversary of the Battle of Britain, which is recognised as the country’s finest hour. This summer the Royal Air Force Museum is inviting the country to remember this significant story of bravery, international alliances and ingenuity both at the Museum and on tour.

The RAF Museum is free to enter and has sites at both London and the West Midlands. Both sites are an amazing day out for all the family and will be commemorating the BoB 80 with a series of special events and exhibitions.

On tour:
The Museum is giving members of the public a rare chance to see a real Spitfire from our collection in various public spaces. This will include Coventry, Telford, Shrewsbury, Birmingham, Cosford, Wolverhampton and Barnet. The Spitfire on tour will enable members of the public to find out more about this iconic aircraft and the role each town and city played during the BoB. 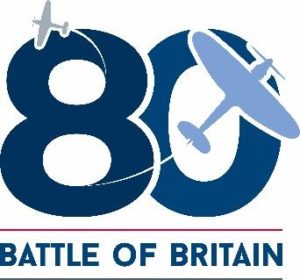 London:
The London Museum is home to the most complete set of Battle of Britain aircraft in the world including the ‘fighter four’: Spitfire, Hurricane, Messerschmitt 109 and Fiat CR42, all participants in the Battle of Britain.

This year they will be supported by new displays telling the wider BoB story, including a fine art exhibition. There will also be a series of events for all the family, including The Battle of Britain Vintage Festival, Spitfire 10K and Family Run, and a Battle of Britain Aircraft Access event.

Cosford:
Home to the world’s oldest Spitfire, the Cosford Museum houses both British and German aircraft from the BoB era. See the RAF’s frontline fighters, the Spitfire, Hurricane, Gladiator and Defiant face to face with their German rivals the Me 109 and Ju88, all examples of the type used in the BoB.

Previously unseen objects from the Museum’s archive collection and a Dowding System interactive area will enhance the aircraft displays. The summer events programme will include the popular Spitfire 10K and Family Run and a BoB Proms with musical acts suitable for all the family.

Earlier this year the RAF Museum launched the Hurricane 80K Challenge, a virtual race commemorating 80 years since the BoB. Participants have exactly 80 days to complete 80K and be rewarded with a bespoke challenge medal, proceeds will go the RAF Museum, registered charity 244708.

The RAF Museum is open daily from 10am and entry is free. For more details visit rafmuseum.org