Return of the all-womens comedy night at arts centre.

Becoming an annual tradition at Artrix in Bromsgrove, February sees the return of Stand Up For Women with an evening of amazing female comic talent in celebration of International Women’s Day.

This year’s line-up for Stand Up For Women features Barbara Nice, the alter ego of Holy Mary from Peter Kay’s Phoenix Nights. Barbara Nice wowed the judges and audiences on last year’s Britain’s’ Got Talent and according to The Times, is described as A hybrid between Victoria Wood and Mrs Merton. 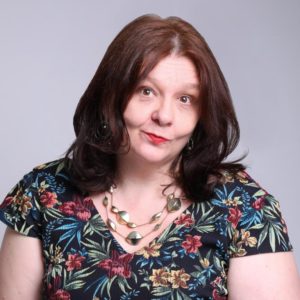 Performing alongside Barbara are Mercedes Benson and Kate McCabe. The evening is hosted by MY Comedy’s resident MC and Artrix audience favourite, Maureen Younger (pictured).

Maureen Younger said; “I love that Stand up for Women has become an annual tradition at Artrix.

“It’s always a fun night, the audience is a joy to perform to and the theatre a joy to perform in, and I get to gig with incredibly funny women including the one and only Barbara Nice, possibly the most life-affirming act you’ll ever see.”

Stand Up For Women will be performed on Wednesday 26th February at 8pm. Tickets cost £15 each or £13 for concessions and this show is recommended for audiences aged 16+.