Richard Lutz points to the books he enjoyed in 2019. And the ones he’d rather forget. 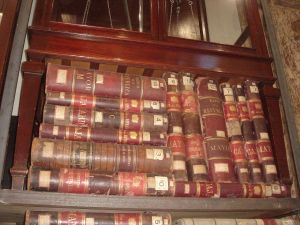 This first week of a new year allows me to scroll through my meagre annual book list, those that I’ve devoured, politely digested or slogged like a route march through hell. It’s an annual disgorge of titles. Good, bad, indifferent.

This year, there’s a small victory among the book rollcall – only once before have I actually completed one per week. This year I finished 53. Not that I’m counting, of course. I wouldn’t be so crass.

So, before I get to the clunkers, I’ll give a shout to some really fine stuff, both fiction and nonfiction, that not so much floated my boat as turned my page.

First off is George Saunders’ phantasmagorical novel. LINCOLN IN THE BARDO is so original that it’s difficult to define; let’s just say the Bardo is the Tibetan Buddhist waiting room before reincarnation. In it dwell the dead that are sitting around preparing for the next chapter in their eternal existence. Into this netherworld arrives 11 year old Willie, the dead son of Civil War president Abraham Lincoln.

Saunders reveals the tussle between young Willie and Those Who Wait. The child would rather remain by the side of his grieving father. So the boy languishes in the Washington cemetery along with the other denizens of the half world who just  want Willie to move on quickly. He gets in the way.

What makes this writing so vivid is that Saunders’ story is couched in the fragments of journals and letters of the departed souls as they wonder what happened to them, why they died, why they led lousy lives and why there is a strange tall grieving man that cries next to the tomb of his little boy. Confused? I was for the first 30 or 40 pages. Then I got the hang of it…and what a ride it is. Funny, moving and, in places, profound.

On a more temporal path, I was entranced by Alan Bennett’s autobiography  of his young days in Leeds called A LIFE LIKE OTHER PEOPLE’S. He is scaldingly honest about the mixed bag of adults around him, their strengths and weaknesses, their illnesses, their wit, their care for a small boy, their scraping by to help the family survive. Bennett, always with a dry charm, writes simply and elegantly.

The words pour off the pages, the reading of his memories as easy as pouring cream.

Moving on, I picked up a travel book by the dapper gentleman above.  He’s the English writer Norman Lewis. He is forgotten now but in his heyday in The Sunday Times, The New Yorker and in his own books, he wrote vivid tales of his wanderings that chronicle the human comedy and calamity in little known corners of the world.

Sometimes they made news as when he stumbled across a slave camp in the Amazon run by American evangelists. He couldn’t believe it. I couldn’t believe it. It was an atrocity.  But fortunately,  The Sunday Times did believe Lewis and splashed it all over the place to the disgrace of those who abused the jungle tribes.

The title of his compendium of long pieces is VOYAGE BY DHOW and it includes the aforesaid sea trip, a slow rolling sojourn to Yemen, which at the time was closed to foreigners. As a travel writer, Lewis was attracted not only to the unknown but to danger. He smelled it and he was drawn to the flame. He never shirked from a challenge. He couldn’t wait to disembark from the dhow, especially when he heard strangers wouldn’t be tolerated. Graham Greene called him “a first class writer in a third class carriage”. His books must never disappear.

Another book to add to the A-list is SISTERLAND by American writer Curtis Sittenfeld. I have only just stumbled across this superb Midwestern storyteller. The plot is great- psychic twins in St Louis try to cast aside their premonitions to remain normal through childhood and motherhood- but are drawn to the future and a catastrophe that will come.

Sittenfeld, like Bennett, writes effortlessly as if she was born to the pen. The four hundred page novel seemed to slip by as if drifting downstream in a lazy canoe.

As for the bummers I’ve stumbled through, those clunkers you must avoid.

I like Robert Harris, the historical novelist who gave us the Cicero trilogy as well as Fatherland and The Ghost and others. So I grabbed a novel of his off the shelf. Boy, did I fuck up.

I actually bought a book by Robert J. Harris, a Scottish writer whose prose in his novel CASTLE MACNAB  is a 250 page migraine. There’s a mega daft narrative about a plot to kidnap Kaiser Wilhelm after the First World War and reinstate him as head honcho in a fragmented Germany. The heroes are cardboard, the baddies have been nicked from a  Scoobie Doo cartoon. Complete nonsense. Avoid this drivel at all costs and stick to the real Robert Harris, y’know the one without the letter J.

Another book that scores zilch in my year: Christine Crawford’s destruction of her mother/movie star Joan Crawford in the autobiography MOMMIE DEAREST. I just feel sorry for the injured writer, her tempestuous mother (who did have a chink or two in her psyche) and anyone else touched by this angry petulant tale. But then again, that’s Hollywood for you. And its kids.

Lastly, some surprises, some books that jumped when I thought they would plod. The list includes THE MAN WHO WALKED THROUGH TIME, an exciting travel book by a Welsh writer Colin Fletcher who was the first to trek the 200 miles of the Big Ditch.

Another unexpected eye opener was American reporter Sy Hersh’s MEMOIRS. I’m not one for journalists banging on about their old scoops.

But Hersh really upset the apple cart with major revelations (like The Pentagon Papers and the My Lai massacre) which changed late 20th century politics. He was a testy old sod but never compromised. He even wanted to investigate his own paper, The New York Times, for financial trickery until his editor put his foot down.

But the one that sticks out for surprises is WHEELS OF FIRE. It initially sounded like a run of the mill rock profile of The Band, but drummer Levon Helm tells a beautiful story. His anecdotes are rich and deep as his Arkansas roots. His writing is clear as cold water. He offers vivid memories of how he fell under the spell of mountain music, old time melodies, the county carnivals, and, of course, nascent rock and roll during his Appalachian boyhood. Wheels of Fire is a real treat and reeled about like a gold-plated song from The Band themselves. You could warm yourself to the music of this book.