Young people feel ignored by power, but would still turn out to vote.

Nearly nine out of ten young people in Birmingham don’t feel heard by power, according to a pioneering report by the Birmingham-based social enterprise, Beatfreeks Collective. Research conducted for the annual Brum Youth Trends report found that 86% of young people don’t feel their concerns are listened to, but 67% would still vote in the next General Election.

According to one young person, living at St Basils – the Birmingham homelessness charity: “They were talking about young people yeah, but there was no young people there to talk back [referring to the West Midlands Police and Crime Commissioners ‘Schools and Preventing Violence’ event in March 2019].

The findings come as Beatfreeks prepares to launch Who Runs Brum?, a campaign exploring how young people respond to power, influence and privilege in Birmingham. The results of the campaign, along with the Birmingham Youth Trends report, will be formally released at the Brum Youth Trends Summit in October. 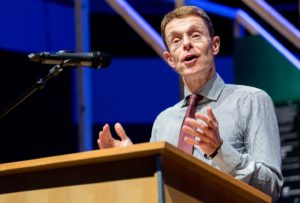 Anisa Haghdadi, Founder & CEO of Beatfreeks Collective, said: “Our research has clearly demonstrated that young people in our city feel ignored by civic leaders and political representatives. As one of the youngest populations in Europe this overlooks one of the most important demographics in Birmingham.

“Most of the people we spoke to intended to vote in the next General Election which demonstrates, despite many of the stereotypes, that young people are interested in politics. It’s important that our civic leaders recognise this and truly engage with young people in the future. We need everyone to feel empowered enough to use their own political power at the ballot box, as a third of our respondents still don’t intend to vote.

“The Brum Youth Trends Summit is an invaluable opportunity to demonstrate to those in power that Birmingham’s young people have dynamic ideas for their city. As well as presenting the full findings of our report, the summit will bring together policy makers and young influencers to host debates and conversations around housing, education, the arts, mental health and more in the drive to make real change for this generation, not just future ones.”

In 2018, 400 people come together to listen to policy makers and young influencers discuss politics, society and pressing issues affecting today’s young people. Half of those attending were young people.

Liv Little, the founder and CEO of gal-dem, an online magazine and media platform run exclusively by women and non-binary people of colour, has already been announced as one of the Summit’s headline speakers. Little will also be joined by Doreen Foster, Director of Warwick Arts Centre in Coventry, and Liza Belozerova from Google.org – Google’s philanthropic arm. Further speakers are set to be announced on social media over the coming week.

The Brum Youth Trends Summit is taking place on Thursday 24th October, from 12-5pm in Birmingham Town Hall. Tickets are free and during the event you will receive a free copy of the 2019 report and hear from key policy makers and young influencers.

To find out more about the report and summit, and to book your free ticket, visit Beatfreek’s website