50 reasons why the region is a global centre of innovation.

From bicycles, steam engines and traffic lights to the latest advances in life sciences and zero carbon technology, the West Midlands has made its mark globally.

A collection of 50 facts has been released that showcases the West Midlands’ crucial contribution to the world. They celebrate the West Midlands and its innovation, which has attracted businesses and investment from across the world. While much is known about the region’s industrial past, its influence spans much further into the present day.

From the invention of the steam engine in the 18th century and the self-adhesive stamp in the 1960s, to the UK’s first multi-city testbed for 5G technology – the West Midlands has remained at the forefront of industry for centuries. 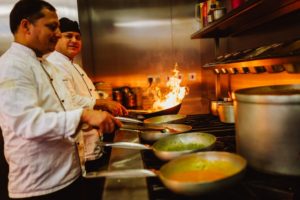 Working closely with local businesses, the region’s universities produce more than 55,000 graduates per year; its next generation of creators and inventors.

Neil Rami, CEO of the West Midlands Growth Company, which specialises in inward investment, said: “The West Midlands’ existing knowledge and key sectors – such as advanced manufacturing and life sciences – are grounded in the expertise and innovation that have been embedded here for centuries.

The 50 facts are detailed on Make it WM, a new site to showcase the region internationally. The facts are also available on the West Midlands Toolkit, a free tool that can be used to source images, films, facts, publications and branding about the region.

Professor Alec Cameron, Vice-Chancellor and Chief Executive of Aston University, said: “Universities help to accelerate bold new ways of thinking, making and doing. They have played a critical role in sharing world-class expertise with businesses in the West Midlands and across the world.

“Beyond the lab and the lecture theatre, universities and their students in the region are working directly with businesses on cutting-edge R&D and innovation. It is through collaboration between industry and academia that the West Midlands is making a tangible difference to the world.”

The 50 facts can be found here