Motion to be put to full council calling for action on environment.

The Conservative group on Birmingham city council have today submitted a motion to be debated at the full council meeting in June to declare a ‘climate emergency’ and take urgent steps to address the problems of global warming.

This followed agreement at the recent Conservative Group AGM that given the importance of the issue the group should submit a motion for debate at full Council at the first possible moment in this year cycle of meetings. The Conservative Group AGM discussed proposals to take a motion to Full Council following a number of requests for a climate declaration from local residents and the need to prevent irrevocable damage to our climate. 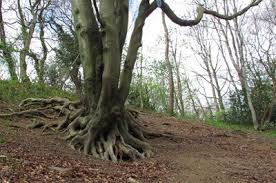 Leader of the Conservative Group, Councillor Robert Alden (Con, Erdington) said: “The consequences to our planet of not acting now will be catastrophic, but the impact will not just be felt in far-away lands or coastal areas, the impact on Birmingham residents of increased extreme weather events, including flooding, droughts and heatwaves is likely to be profound, with increased risks to both life and property. We absolutely have to act, and we have to act now.”

The motion calls on the council to commit to becoming carbon neutral by 2030 as well as working with others across the region to ensure that the West Midlands is at the forefront of leading the technological change required. This would mean that as well as helping prevent/limit climate change, the region would also be able to deliver economic growth through leading in the green technology revolution.

This builds on commitments from the Conservative Group at the last all out elections in 2018 to ensure the council leads the green technology revolution and delivers a modern day environmentally friendly equivalent to the industrial revolution the region is famous for. The Conservative Group were the only party to publish a clean air plan for Birmingham at the last local elections as well.

Cllr Alden added: “Addressing climate change is a huge challenge, but it is also an opportunity. Birmingham was the birthplace of the industrial revolution and is ideally placed to lead a new green technology revolution based on clean growth through the delivery of low carbon products and services and through this provide more high quality, well paid jobs for residents in the region.

“I hope that and, as has been the case elsewhere in the country, our motion receives full cross party support when we present it next month and I look forward to working with colleagues across the council to deliver on this all important agenda.”

Cllr Suzanne Webb (Conservative, Castle Vale) commented, “Residents young and old alike have been raising with Conservative Councillors the need for the Council to show leadership and back their concerns over the future of our climate.

“It is vital that the Council leads on this issue and I am sure all parties will come together and back this motion so that the many concerned residents who have no doubt contacted Councillors from all parties or who have shown up to public meetings and events to raise awareness of the need to tackle climate change know that Birmingham city council is on their side and acting on the concerns they have raised.”