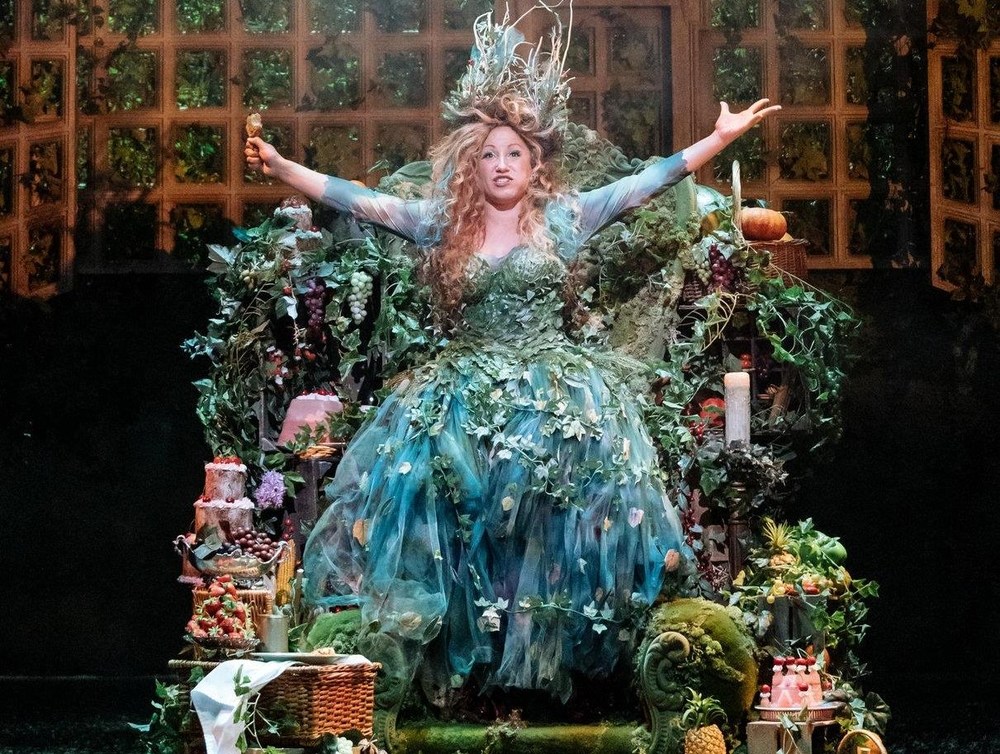 It’s mid-December. And that means a pine tree in the corner of your front room and too much food. And also: A Christmas Carol.

The Dickens story is always around and always popular. So popular, in fact, that the Royal Shakespeare Company brought it back to its main Stratford stage after a sell-out last year.

It’s a kids’ delight. Scrooge is bad, the humble Cratchits are good, the trio of ghosts are ghoulish. So, does it work amid the searing social comment and a story of a miser’s redemption? Is it a good two hours’ worth of entertainment? Is it worth the money?

Better to ask my colleague, eleven year old Finn from Birmingham, who only this week fronted his own school’s rendition of the Dickens story. So over to you, Finn…

“I’d give it a 9.5 out of ten,” he said. “The ghosts could be a bit spooky so it’s okay for kids over the age of eight,” continued my colleague. His favourite spirit was the Ghost of Christmas Present (as above) which reminded Finn of a walking,talking Christmas tree. Hmmm, never thought of that. Well spotted.

He continued: “I also liked the way the stuff on the stage like the furniture and the sets moved around so one minute you were in Scrooge’s office and then it was turned around and it was the Cratchit’s house.” 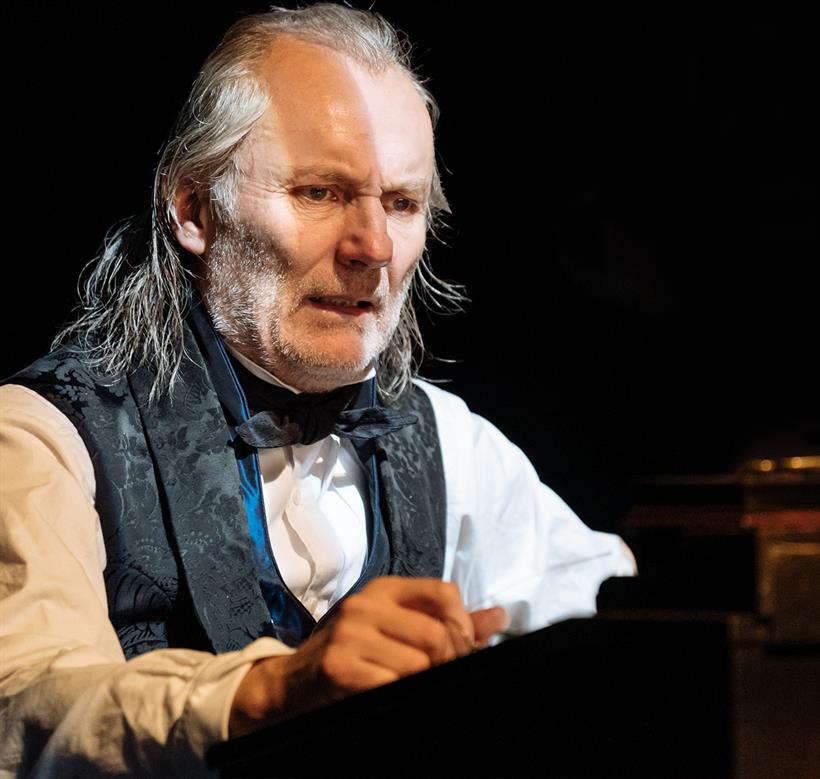 Scrooge was played by actor Aden Gillett (above) and Finn gave him a thumbs up. “He reminded me of Alan Sugar off The Apprentice,” he said, “maybe because he was kind of shouty and had grey hair and a beard. And it was nice to see him become kind.”

Birmingham-based playwright David Edgar wrote the adaptation and, intriguingly, included Charles Dickens in the play. Highly opinionated adult reviewers with an inflated sense of their own importance (ahem) might say this concept framed the play nicely and never let you escape the fact that your were watching the creative process of a Victorian writer.

Finn was more direct. He didn’t feel seeing Dickens onstage made the story less fun to watch. “I like the way he explained what poor people went through back then.”

If there as one thing Finn was iffy about it was the dancing. Yes, there was quite bit including one number that was repeated at the end. “But the singing and music were good,” he added.

Top marks, he felt, for the funny stuff (which included a Trump joke and characters with names such as Mrs Snapchat or Herr Uber) and a floor-to-ceiling video back projection that could change in an instant – from a dour cityscape to a rural wintery day complete with snowstorm.

So…9.5 out of ten, Finn reports. Worth a day out and a flutter on the old credit card.