Richard Lutz goes to The Edge. 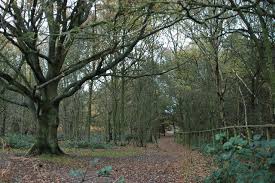 It’s off to wintry Kinver Edge (as above, ladies and gentlemen). Home of cave houses that troglodytic folks lived in until fifty years ago. Imagine a central heating problem in a place like that. Imagine getting an O2 signal inside a sandstone cliff. And as for those Flintstones next door…don’t ask, just don’t ask.

The escarpment, which sits like a landlocked ship between Worcestershire, Shropshire and Staffordshire, is a tangle of paths and trails shaded by an umbrella of beech, birch and oak. They’re now leaf-free. And that means a far landscape. To the east is the mass of West Midlands metro-land with the rim of Stourbridge stopping abruptly in a roll of green hills. To the west is the outline of Clee Hill, mist-bound and looking like a sleeping whale. 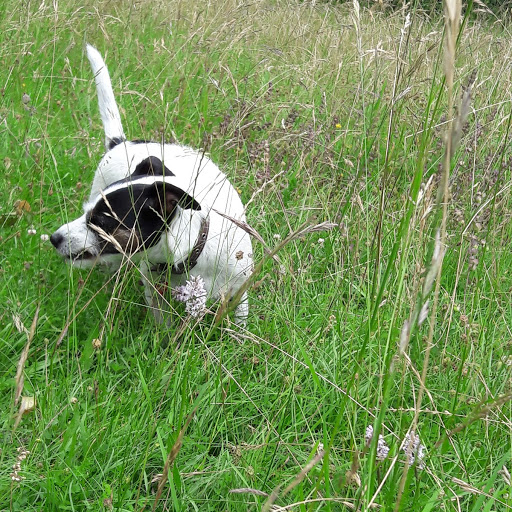 I walk with Oscar (above), half Jack Russell, half investigator of things buried in sleeping undergrowth. I reckon we meet about twenty pooches in this loop above and around Kinver Edge. And what I notice is that Oscar gets along with all of them – except for one Lab which had a teenaged chip on his shoulder.

It didn’t matter what kind of dog Oscar encountered: husky, terrier, Alsatian, ancient wee Westie who barks with a Scottish accent or those generic mutts that know they’ve got it made in a nice warm home after being scooped up from a pound. They all seemed to get on. Dogs, it seems, like each other. Now if they only learned how to carry their own black disposal bags. And didn’t shed. Or bark.

Enough of the trite homilies.

Earlier in the week, I see a Christmas show with a neighbour’s nine year old son. It’s Wizard of Oz and he helps me review it (here). What the boy was concerned about was that this new rendition of the famous story was ‘not real’.

Real to him is the 1939 Judy Garland movie he sees on TV. So, since Wendy on stage definitely wasn’t like Wendy in the film….it’s wrong. And since those classic songs were arranged differently, that “was wrong.”

And since the stage version of the Wicked Witch had red hair, that too was wrong. “Real witches have black hair and a green face,” he explained. The play was ok, he admitted, but it wasn’t right.

So, now I have it on good faith. What is real is what’s on TV, which was an 80 year-old movie that was based on a 120 year-old story. That’s real. Not the high-end stage musical we had before us at a theatre. There, that’ll show me what’s real and what’s not.

The week ends with a real shock. Tens of millions of folks had their mobile network chopped. O2 basically lost its signal. I was on a bus with a family member whose eyes went blank – no network. Around me people were tapping, freaking, staring gob-eyed at a blank phone; no one to talk to, no way to message, no way to tell anyone that there was no signal, no network…no nothing.

Forget global warning, Brexit, the Chinese trade deal, Christmas shopping. I was on a bus full of folks without a signal who were all seriously worried. Their connection to the world had gone.

One thought on “Dog day afternoon and other tails”