Lack of contingency plan will lead to “worst ever” Christmas collections.

Commenting on the announcement that bin workers have once again voted to take industrial action against the Labour administration for its handling of the waste management service, Erdington councillor Robert Alden, Leader of the Conservative Group on Birmingham City Council, said:

“When Ian Ward became leader he promised this city’s residents that his top priority was resolving the bin dispute which lasted 222 days across last summer, despite failing to exert any meaningful influence as Deputy Leader before that. We now know that his intervention in the dispute appears to have only made matters worse, costing tax payers millions and leaving them with the prospect of a bleak mid-winter with rubbish once again piling up on our streets.

“With six years spent near the top of the decision making tree, Cllr Ward has taken this council from crisis to crisis of which this is just the latest. He will no doubt continue to blame others but it is increasingly clear that he is one of the common features of all these financially ruinous mistakes over the last six years.”

With action set to commence from 29 December, Cllr Deirdre Alden (Con, Edgbaston) expressed fears for the impact of increase missed collections at a time of year when the volume of waste generated would be at its highest: “We were promised the ‘best Christmas ever’ for bin collections this year, but it looks set to be the worst. After finally partially listening to our repeated calls to arrange for extra collections for those whose collection day fell on the bank holidays, with the announcement that recycling at least would be collected on the following Saturday, everyone will be left wondering if any rubbish at all will be collected.

“Before last summer’s strike I asked for robust contingency plans to be put in place but Labour’s own internal review of the strike showed that this did not happen and recommended that plans were put in place ready for any other service disruption. Shockingly Ian Ward failed to even adopt the recommendations he himself commissioned and is only now planning for how to cope with the latest round of strikes.” 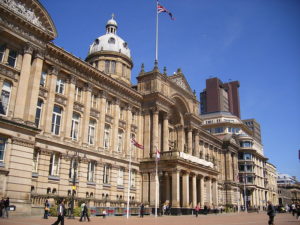 Cllr Debbie Clancy (Con, Longbridge and West Heath) Deputy Leader of the Conservative Group drew attention to the on-going dispute between the Council and their home care workers, adding: “It is clear that Ian Ward and his Cabinet are completely incapable of managing their relationship with the Unions, despite spending over £1m of tax payers’ money a year on ‘facility time’ for them.

“Whilst the bin strike will undoubtedly dominate the headlines once again due to the ability of bin men to leave rubbish on our streets, it is important not to forget about the hundreds of low paid, predominately female carers who have been locked in dispute with the Labour council for over a year. Taken together, the two disputes highlight a completely dysfunctional political leadership under Cllr Ward which looks set to drag on and on until there a drastic changes in approach at the top. His Labour Councillors will no doubt wonder now why they allowed him to scrap the yearly leadership election in the Labour group”