Richard Lutz peeks into two churches on walks near Birmingham. 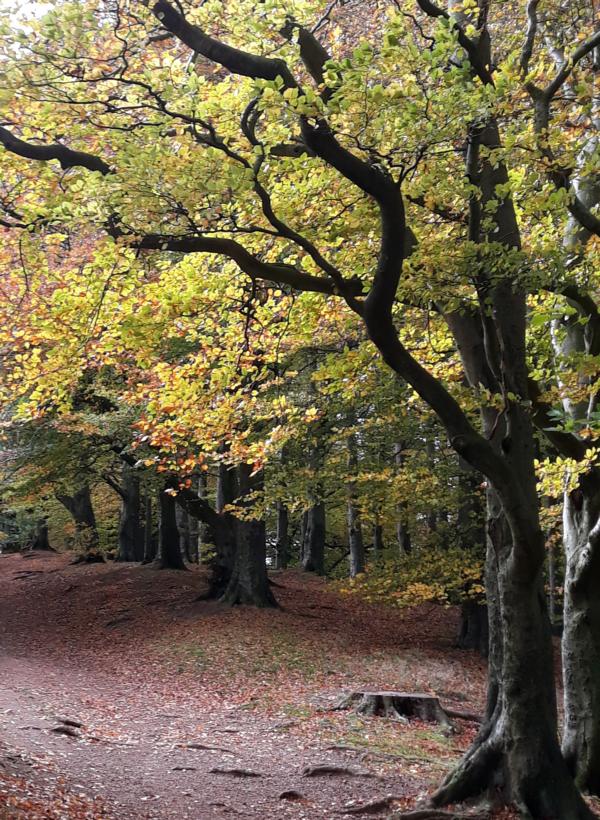 This row of beech trees looms over a trail through the Clent Hills. You return to childhood walking under them. Robin Hood is behind a thick tree trunk; an Iroquois hunter waits for a deer to emerge from the shadows. An Iron Age trader walks from one hamlet to another with a sack of grain. A Roman legion marches and marches and marches.

All very romanticised. But it works a treat on a sharp, cold day that signals the change from something warm to something cold. Autumn has held its breath too long and, as we head due south towards the village of Clent (and a pub), a hailstorm swoops across from the southwestern sky and bullets sting us. It’s venomous. Each shower has our names etched on it.

This path isn’t far from one of the West Midlands’ loveliest little churches. Its grandeur lies in its simplicity. St Kenelm, named after a martyred Dark Age king, is 12th century in root.

Its old red sandstone and big grey tower are intact. A 900 year-old stone carving over the doorway, called a tympanum, shows the glory of Christ, a Messiah etched in rock that is rigid and awkward but glorious. He is surrounded by protective rigid angels. 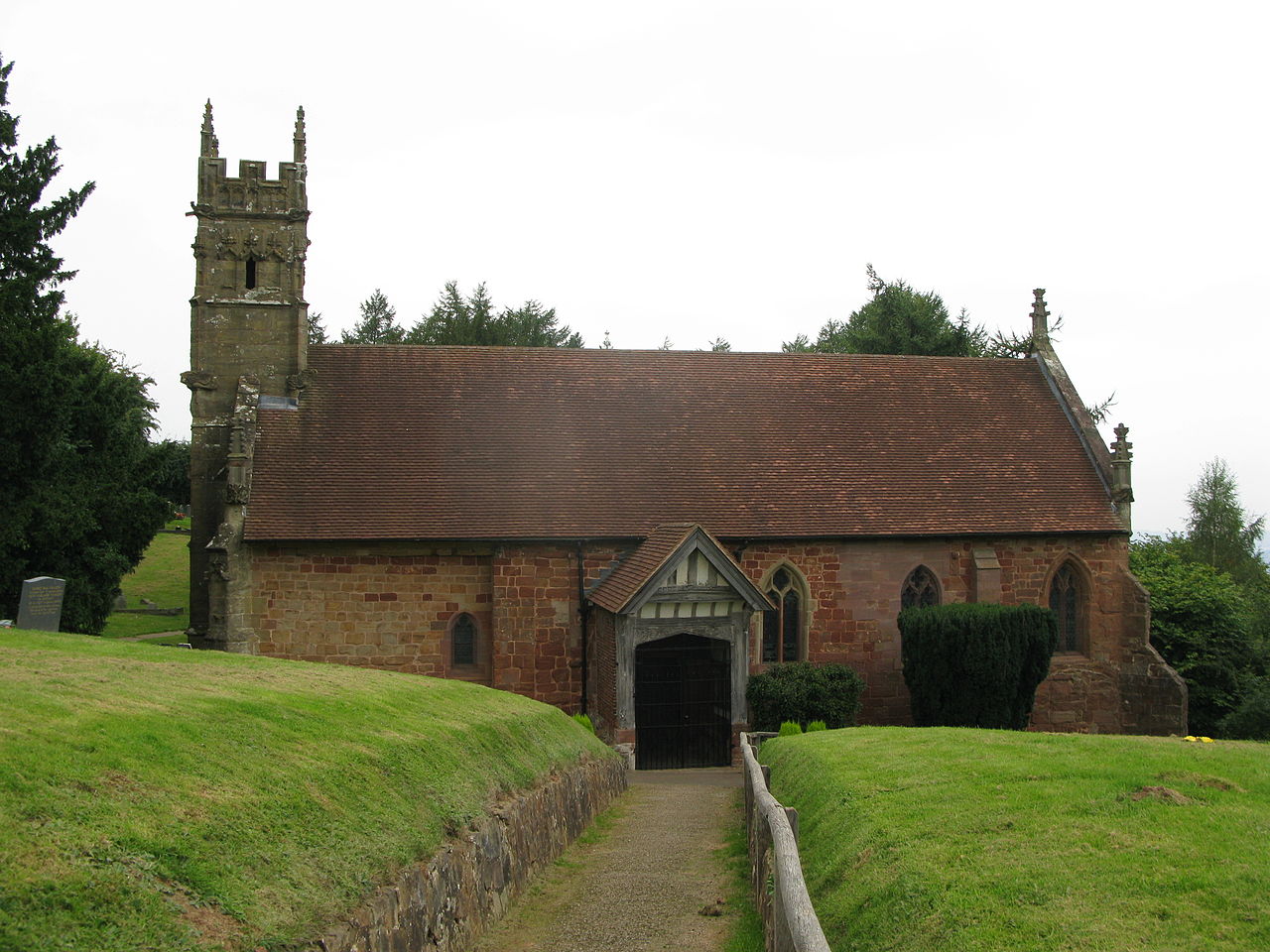 Under the old church is an ancient spring. Christian churches were often built over pagan sites and legend says this is where St Kenelm was murdered. If you repeat that tale enough times, it becomes true. This church, near the hamlet of Romsley , was built only generations after William the Conquerer bashed and trashed his way through England. That’s almost a millennium ago. St Kenelm’s is admittedly old but still only a recent tenant of this slant of land just a spoonful of miles from Birmingham.

Twenty-five miles away in Shropshire, St Mary’s church has a jewel of a story. lt’s in the village of Whitton, south of the county’s whale-like Clee Hills. It’s about the same age as its sister St Kenelm. But inside is a window. It’s designed by the 19th century artist Edward Burne-Jones. 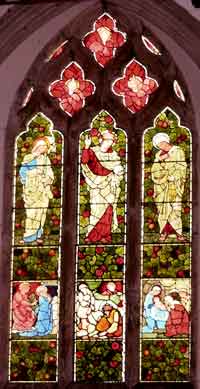 You either like or don’t like the Pre-Raphaelites. But this Birmingham artist’s stained glass (see above) does fit into the quiet east window frame. Early winter light, tinged with the reds and blues of the glass,  throws shadows into the church. It’s so quiet you can hear the old stone sigh with pleasure as the warmth of the early winter sun touches it. If you’re a Burne-Jones fan, look south to the Tate Museum in London, which hosts its first solo exhibition of the artist since 1933.

But why this high-end glass installation in a tiny rural church? Probably, Burne-Jones was paid by the owners of the nearby Whitton Court. It’s a mere 700 years old with a nifty Tudor upgrade. It’s still in good shape as we cross its expansive sheepfolds to trudge up the imposing Clee Hills. We try to ignore the dead quarries, the derelict works buildings, the ridge’s aerials and radar installations topped by a weird massive golf ball device. The view on top reaches to the horizons, to Wales, to the flat plains of Cheshire, to the Cotswolds and the Malverns.

We stumble down the Titterstone Incline. 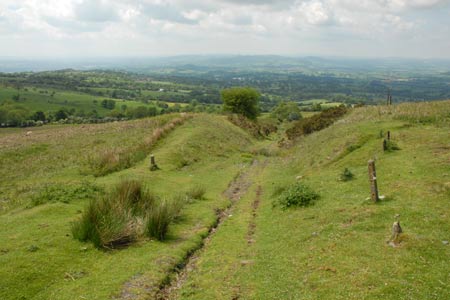 The Titterstone whaaa…? Not a fan of industrial history, but I have to tip my wooly hat to this narrow gauge railway bed that tracks straightway down the Clees range. It used to be a quarry train to take rock down to the valleys but its tracks are long gone. The bed runs straight as an arrow down a lane of grass that shoots you to Shropshire’s quiet villages, like Whitton with its 900 year old church. And its Burne-Jones glass.

3 thoughts on “Getting to the church on time”