We were loaned this camera for review purposes. Opinions, as ever, are our own.

This camera came to us in good time to allow us to test it out in a variety of settings and events. It’s travelled to beaches, cities and moors with us, and tried out all kinds of weather and lighting conditions. First impressions on unboxing were of a sturdy and substantial piece of kit, with intuitive settings and guides. I set it to charge via the USB port on the laptop, which was an understandably slow process; in hindsight I’d have been better using the mains adapter. On subsequent top up charges, the USB port worked quickly to bring the camera back to full charge.

The PixPro AZ422 is described as a bridge camera, marking the transition from a basic model to a DSLR or mirrorless camera. As such it offers many features at a competitive price, including 42x optical zoom, 24mm wide angle, 16 megapixels and 3 inch LCD, plus a 720pd HD video and optical image stabilization.

On taking the camera for its first day out, I was pleased to find it responsive and quick to adapt to changes in light conditions. It took me a little time to get used to its weight, but once I had a better technique in pressing my elbows to my sides to give more stability, I was capturing great shots. Think of it as being reassuringly weighty, as in you don’t think you’re going to crush anything vital. And you can get a good grip on it in windy conditions, which is more than I’d venture for some of my camera gear. 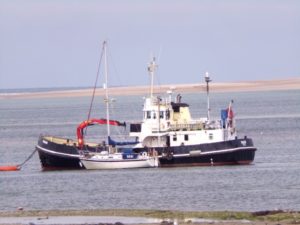 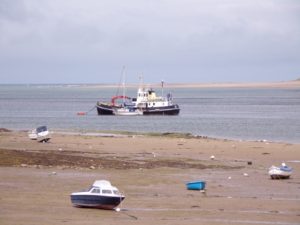 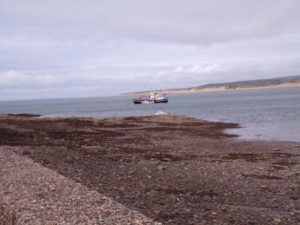 The massive zoom range is one of the camera’s key selling points, and I was entranced by just how easily I could enjoy this feature. The zoom is quick and responsive, and quite capable of chasing sheep on the hoof across the moors or racing yachts across the bay. With its help, I was soon discovering things I’d not seen before in familiar settings. You should note that the zoom also accounts for the camera’s relative bulk and weight; there’s a lot of lens tucked away in that casing. You can see how great the zoom feature is in this set of pictures of a ship moored deep in the estuary at Appledore.

Picture Quality and Ease of Operation

The PixPro is designed for ease of use, and I’d wholeheartedly endorse that. Apart from a few bad shots in my first half hour of usage, it was very forgiving and made more of my shots than I was expecting. In fact, I’d suggest at first that you let the camera do what it thinks is best, and you won’t be disappointed. Colour saturation is very good, and better than one would expect at this price point. Left to its own devices, the camera is beautifully consistent in delivering great shots.

In a city environment, the PixPro gave good contrast and detailing on a bright summer day. Here you can see it put through its paces in central Birmingham, capturing everything from the brilliant silver and blue of the Selfridges building through to the subtle greys of the Town Hall. 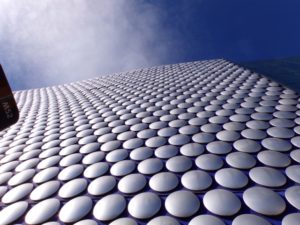 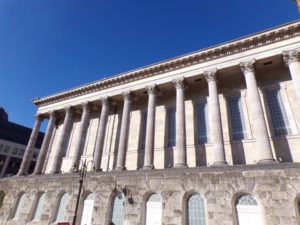 In the villages of Appledore and Instow on the Devon coast, the PixPro easily picked out the details of ships moored far out in the bay, and the buildings across the wide estuary. When the hooters went off for a yacht race, I was enjoying using the zoom to capture the yachts tacking around the course at long distance. The zoom was quick to adjust and keep pace with the race in progress.

When using the camera in darker conditions, the flash is spring-loaded and pop up. This is a night shot in the city, and picks out the detail of the trees very crisply. 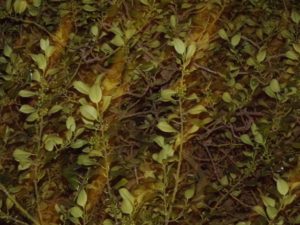 I was impressed with the audio from the video capture. You have dual stereo mics on the hump above the lens barrel. The pickup was excellent; in a vid of Clee Hill in Shropshire I can hear the sounds of crisps being eaten in the camper van behind me. The sound of the sea also came through well on the beach at Putsborough in North Devon. In both cases, the setting was really windy, yet the sound is still of good quality.

So would I buy it?

If I was looking for a simple, reliable camera with the ability to capture family memories, absolutely. It produces quality images and vid for anyone hosting their own website, and at a great price. This is a JPEG only camera, without WiFi, which is reflected in the price. On the plus side, the zoom is responsive and easy to use, the image capture has plenty of options, and the vid audio is surprisingly good. It’s great value for money, and produces reliable quality shots without too much intervention from the photographer.

For that, I’ll forgive the minor snags. The lens cap wafts around on a cord when not in use, and can clank about if you don’t hang onto it. The strap is less than comfortable for protracted use and the shutter press is a bit heavy when you need to brace quickly for a moving shot. ut other than that, I could find little not to like about this camera. I was sad to hand it back.

You can see more of this camera at work on A Packed Life, exploring the world, one packed bag at a time. apackedlife.com