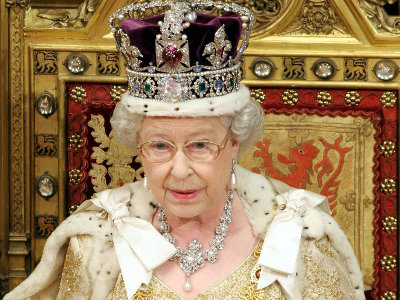 Will Mapplebeck dives into his Christmas flatscreen and gets a right royal bucket of enjoyment.

The post-war political classes get a bit of a battering in The Crown, Netflix’s eye-wateringly expensive, beautifully written dramatisation of the reign of our current Queen.

None of the 1950-64 crop of Prime Ministers comes out of subscription-funded epic particularly well. By the end of season two the Queen has lost patience, referring to them as a “confederacy of quitters” – baffled by their failed attempts to deal with events.

In season one, Churchill – back for a second term from 1951-1955 – is portrayed as old, ill and psychologically flawed, obsessed by past triumphs in foreign policy while the country cries out for a strong domestic leader. Former PM Attlee, by now in opposition, appears as a dull administrator, fitting Churchill’s withering description of him as “a modest man with much to be modest about”.

In season two, an ambitious and arrogant Anthony Eden makes a huge political misjudgement on Suez, lies to Parliament – and the Queen – and, rather than deal with the mess, decides to disappear to Jamaica to recover from illness. His successor, Harold Macmillan, is portrayed as a slippery cuckolded bore who loses the appetite for power in the wake of the Profumo Affair and appears to exaggerate medical advice so he can step down. The Queen is less than impressed.

Of course, we’ll never know exactly what the Queen thought of and said to the men who occupied Number Ten during the early years of her reign. But you could forgive her for being a trifle disappointed with the quality of her leading  politicians. And, you can’t imagine that she’s going to be overly impressed with several of those waiting in the wings as there’s more self-inflicted political disasters to come. I’m sure a forthcoming season will entertainingly explore the alleged tensions between The Queen and Margaret Thatcher.

But to be fair, other people – including members of her own family – also badly disappoint, failing to demonstrate the loyalty and sense of duty that she excels in. Again, this has to be a theme over coming seasons.

But if there’s a message in the first two seasons of the Crown, it is that the world is changing fast and in ways that no-one in the British establishment, elected or not, really understands or can deal with. By the end of season two, the Queen is a spectator to Britain’s immediate post war decline but can do little about it. Not much fun when you are Head of State.

Seasons one and two of The Crown are available to stream on Netflix now.