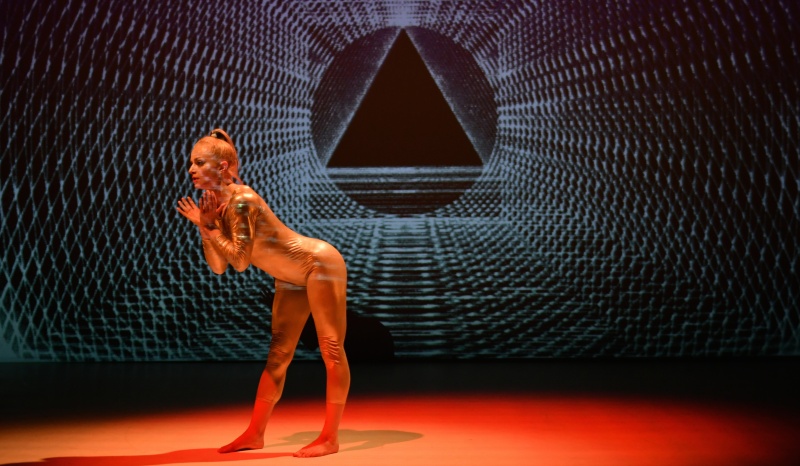 Richard Lutz gets led into a bizarre twilight of half-baked conspiracy theories at Birmingham Rep that include Walt Disney, Justin Bieber and the CIA. Yes, really…

Well, as the intro (above) hints, there is a vast semi-paranoid conspIracy theory that the American secret service cooked up a hush-hush thought experiment to control the world. And to top it off, Walt Disney, no less, was involved in a mysterious cult that used pop stars- even today – to add secret images in their videos and stage shows. All controlled by a sect called The Illuminati, who control not only the music industry but the media world as well. Whew….

Anyway, these theorists must be related somehow to those that also believe if you play a Beatles album backwards it proves Paul McCartney is dead. Or that Elvis and Di have set up shop on a lovely duplex cloud 999 miles above Nebraska or that Marilyn Monroe was killed by US intelligence (well, maybe there is some truth in that one…)

So far, so bizarre..as the programme says. Choreographer Rosie Kay has used this half baked populist claptrap  to create a 90 minute piece highlighting the eerie paranoia that envelopes this shadowy world. 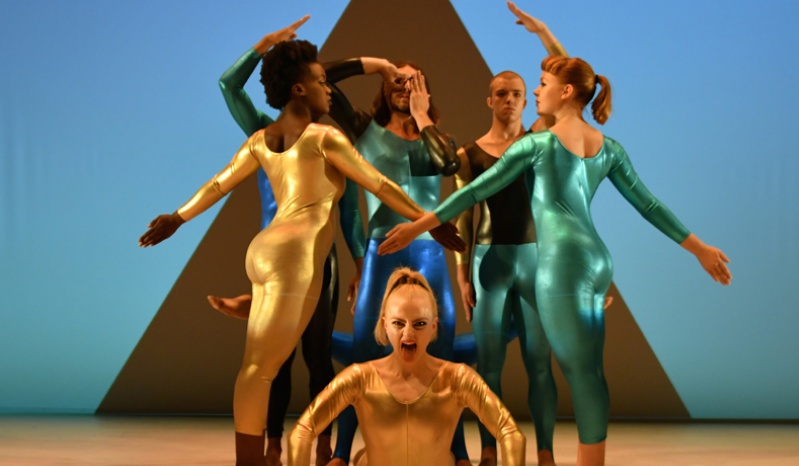 Using video back projection, her seven dancers create chaos and havoc and beauty on the stage to summon up a crazed world. And it’s all to the manic synth-beat of  electronic dance music originated  by Birmingham composer Annie Mahtani. Her sound world  is nothing but hypnotic as she uses different genres of hiphop and street dance samples  to great effect as she  manipulates  multiple recording processes  to stretch out the sounds a la modernist Steve Reich.

The title of this piece, MK Ultra, is based on fact: It was the name of a real CIA mind control programme to alter the consciousness of  unknowing victims through chemicals such as LSD and brain stimulation. I can happily report it was not a success and it was stopped. But then came the conspiracists who somehow linked it to Mickey Mouse’s originator back in the ’50’s  and today’s pop  stars who seemingly communicate through the Illumiinati symbols.

So what you get is a Rosie Kay/ Annie Mahtani  mash-up of differing dance styles – all in front of a weird unsettling video compilation of archive footage, cartoons, current animation and unnerving interview clips of those that actually had undergone or organised  the real life nefarious MK Ultra trials.

So… pays your money and get a trip in paranoia with splashes as disconnected as Disney’s Alice in Wonderland, Minellis’ Wizard of Oz and acid trips from hippieland. And, of course, loads of Illuminati  triangles, butterflies and unblinking eyes. And it’s wonderfully capped off with a truly hypnotising finale of When You Wish Upon a Star as if the participants themselves have lost  their minds and their convictions and are left with nothing but a vacuous smile and a Disney tune.True victims, as such, of the The Illuminati.

**MK Ultra is at Birmingham Rep on Saturday night and then tours to Manchester, Leeds, Kendal, Stirling, Coventry, London and other locations.