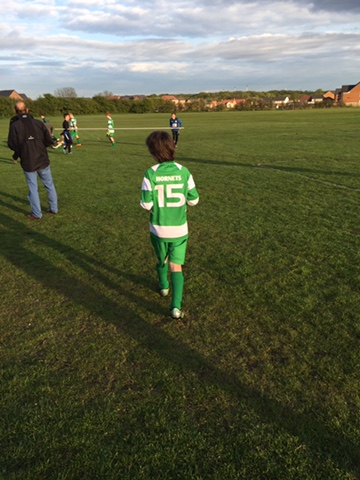 Will Mapplebeck is a weekend football father. Here’s his list of tips.

There’s absolutely nothing going on in the world of politics right now…but we are half way through the football season. The perfect time for a beginner’s guide to children’s football.

The choosing and buying of footwear is hugely important and your girl or boy will want boots loosely modelled on those worn by their zillion-quid a week idols. Most boots nowadays are hideous and resemble those fluorescent glo-sticks that people used to wave about in bad 1990s night clubs. I once threatened to buy my lad a pair of the Puma Kings down at the Bullring only to be told it would be social death and that black boots belonged in a museum.

You will be asked to officiate as linesman and eventually you will no longer be able to say ‘no’ or hide in time. Being linesman is a kids’ football rite of passage and a profoundly uncomfortable one as you will be scrutinised by opposition parents while running along the touchline in wellies. My advice, go on YouTube to learn the offside rule and then use the flag as sparingly as possible.

Helping out with other tasks may help you temporarily avoid linesman duties. This will mean carrying huge bags of balls (relatively easy) or dismantling heavy steel goalposts and carrying them back to a shed which is five miles away up a 45 degree angled slope in the driving rain (really hard). Try to avoid putting the nets on posts before a game starts, which means finding invisible corners and clips while laughing children fire balls towards you during their pre-match kickabout.

Weekend lie-ins will now be over. Our home games take place in the Black County 20 miles away somewhere  from where I live and there’s been 9.30am Sunday kick offs on freezing November mornings. Also, double check timings before you set off. I’ve been known to arrive up to an hour early to be greeted by an empty field, a solitary dog walker and much eye rolling from my young Lionel Messi in the passenger seat.

Read some media stories and you might think under 12s football was like the Hunger Games but played out on muddy fields outside community centres in Coventry. In my experience, this is nonsense. The vast, vast, majority of parents and children are absolutely fine. And that old cliché – beloved by grumpy middle aged men on football phone ins – about children robotically copying bad behaviour of Premier League players, also absolute nonsense.

There’s often a ‘Respect’ line these days, a piece of shiny tape designed to separate parents from the action. This is the playing field equivalent of the ‘fourth wall’ and crossing it will result in severe embarrassment to your child. Don’t attempt to take part in the pre-match training and try not to interrupt the half time team talk with an offer of a banana and a bottle of water.

It is a real privilege being able to watch your kid. And that feeling when they score, make a tackle or save that penalty – there’s nothing like it. Cherish it, enjoy it. It won’t last forever. Even if they do make it professionally, earn millions from salary, endorsements and image rights and buy you that Mercedes you’ve always wanted.