Brexit vote will see UK obliterated on Saturday warns Prime Minister, but later admits it may be not be until Sunday. 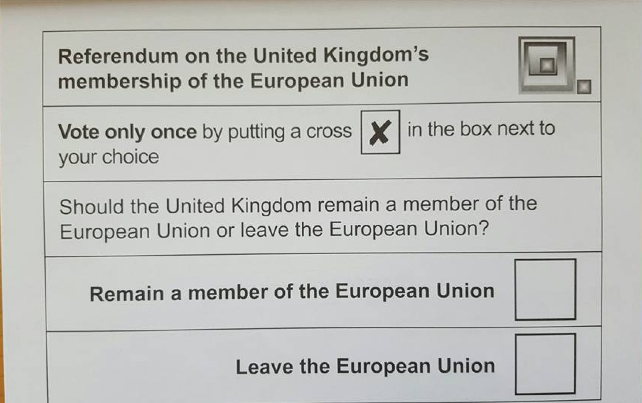 A giant asteroid will slam into Britain if the UK votes to leave the EU in tomorrow’s referendum Prime Minister David Cameron warned last night.

With opinion polls showing support for both Leave and Remain roughly equal, Cameron, speaking from behind a biggish lectern in Downing Street, issued his starkest message yet to voters about the consequences of a Leave vote: “The asteroid will strike us over the weekend, it weighs around 60 million tons and it is travelling at 14,000 miles per hour. If we vote Leave on Thursday we’re on our own, we’ll get no help from EU member nations in dealing with this big boy.

“But if we vote to remain in the EU, I have received cast-iron guarantees from the heads of all the other 27 member states, led by German Chancellor Angela Merkel and French President Francois Hollande, that they will immediately instruct military chiefs to fire a missile that will vaporise the asteroid in a heartbeat so that we can all live happily ever after.”

Although the whole of Britain would be obliterated instantly should the asteroid strike, the worst hit places are expected to be northern England and the west and east Midlands, areas where the Leave campaign is understood to have gained substantial support in recent weeks. While scientists on earth have been unable to detect the asteroid both Cameron and celebrity pro-remain supporter David Beckham are believed to have learned of the threat after Major Tim Peake spotted it one day whilst gazing out of a window in the International Space Station.

In response Leave campaigner Boris Johnson accused Cameron of yet again resorting to scare tactics and dismissed the Prime Minister’s claims as another example of what he dubbed Project Fear, claiming that the giant space rock would in any case land on the France/Belgium border.

Ramping up his criticism of the Prime Minster Johnson added: “Both David Cameron and David Beckham have known about this asteroid for months and yet it is only now, a day before the polls open and just three or four days before it’s supposed to destroy us all, that the Prime Minister bothers to mention it. But if we take back control by voting for Brexit on Thursday, with the £350 million per week that we’ll save by leaving the EU we can afford to build our own defence mechanism and vaporise it ourselves. In fact we could destroy an asteroid the size of this one every week with the money we’d save and still have enough left over to run the NHS.”

News of the asteroid came at the end of a day of increasingly frenzied claim and counter-claim as both sides ramped up the rhetoric in a last gasp effort to win over undecided voters and encourage their own supporters to come out and vote.

The morning began with Michael Gove claiming that David Bowie sent him a secret message shortly before his death by calling for Brexit, contrasting the much-loved national icon’s views with those of both Jimmy Savile and Dr. Harold Shipman who Gove insisted were natural supporters of Remain. Questioned on where mass murderers such as Yorkshire Ripper Peter Sutcliffe, Rose West and Ian Brady stood on the issue, Gove, who as Justice Secretary is entitled to know such things, replied that the trio were as yet undecided.

But there was controversy when George Osborne appeared to suggest that if the UK voted to leave the EU, every physically attractive person would immediately emigrate, leaving the UK populated by ugly people alone: “Physically repulsive people with bad breath and unspeakable personal hygiene issues will proliferate, turning our High Streets into cesspits. This will drive down investment, increase interest rates and house prices, result in mass unemployment, increase inflation, decimate pension pots and bring forth the biggest recession since the one Labour were totally responsible for in 2008.”

Dire warnings also came from poverty campaigner Bob Geldof, who warned that a vote for Brexit would lead to mass starvation on an epic scale as farm and food production dwindled, supply chains withered, migrant Polish deli owners returned home and supermarkets demolished their shops and relocated to countries such as France, Spain, Germany and even Romania.

Geldof claimed that the UK would need urgent, practical assistance to overcome the crisis and save lives and in light of this he had already set things in motion: “They have long and fond memories of the UK in Addis Ababa after what we achieved for them in 1984/5 and I’ve already received offers from Africa’s best known musicians to record a fund-raising track and stage a charity concert to help British children, who will quickly be so wracked with hunger that they won’t even know when it’s Christmas if we vote to leave.”

Meanwhile, UKIP Leader Nigel Farage of the Leave.eu campaign was accused of engaging in ‘stupendous exaggeration’ by everyone on both sides of the argument after unveiling a poster which claimed that 1.3 billion Chinese would be granted full EU (and thus UK) citizenship in 2019. “It won’t be anything like that number and it won’t even be until after 2019,” claimed Iain Duncan-Smith of the official Vote Leave campaign, before adding that he expected huge numbers of British people would spontaneously combust if the electorate votes to remain in the EU.