As the dust settles, Tory euphoria and Labour gloom has yet to subside. Dominic Fisher examines the possibilities a new government will bring.

During the General Election campaign, shortly after Cameron was said to have erred by ruling out a third term, a Tory insider mentioned that Cameron has been wanting to quit for some time, but has been looking unsuccessfully (to date) for a way to leave on a high. That rang true and I have no doubt that Cameron will make the most of the unexpected majority to try to disprove the dictum that all political careers end in failure.
As polling day approached, the apparent closeness of the polls shifted the focus of debate away from policy towards personality and coalition permutations. In the context of the eventual result, this served Cameron well as he has plenty of room for manoeuvre on the policy front. The most obvious challenges he faces are on the Scotland, the EU and the economy. Interestingly, I think that he has a reasonable ‘hand’ on all of these.

I will deal with Scotland first because this is probably the most pressing issue. With half of the Scottish vote, the SNP’s support exceeded the yes vote in last year’s referendum. They were effective at persuading people that the SNP as kingmakers would represent the most effective voice for Scotland in Westminster. As it turns out they are not holding the balance of power, but the size of their vote makes them impossible to ignore and they have the means at their disposal to make the Conservative government’s life very difficult. I expect Cameron to move quickly to negotiate a tight two-way devolution pact wherein significant powers will be transferred to Scotland (including tax raising powers) in exchange for non-participation of SNP MPs on English issues. A tidy settlement here will provide the Conservatives with a comfortable majority to use in other areas. 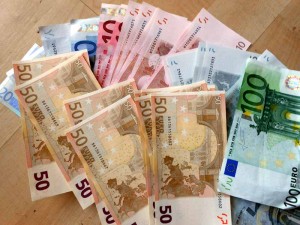 Europe is not a static issue. The Greek crisis is a timebomb which will be exploding in a matter of months, if not weeks. The whole EU project could be thrown into doubt if Greece sets a precedent as the first country to leave the euro. On the home front, UKIP has done an effective job of toxifying euro-skepticism – surveys suggest that the inners have the best chance in an in/out referendum than they have had for years. However, latent euro-skepticism remains entrenched and will provide a useful gambit for Cameron as he seeks to renegotiate the UK’s terms of EU membership ahead of the referendum. This negotiation will be like balancing on a pyramid as Cameron will have to do a deal which is far-reaching enough for his MPs, palatable for his EU partners and comprehensible to the British public. Some suggest that the EU will brook no compromise, but my view is that other members of the EU need us more than we need them.

On the economy; recent data suggests a slowing, but barring shocks (e.g. Greece overspill) we can expect that postponed economic activity generally and especially hiring and investment decisions are about to surge on the news of a majority Conservative government. With this in mind – and the opposition in disarray – there is a strong argument for making an immediate start on the most controversial parts of the government’s programme including an acceleration of educational and welfare reform. There’s been a lot of noise around how £12bn of welfare savings can be achieved, but fashioning these in a manner that provides protection to the weakest becomes a lot of easier if employment continues to grow as I expect it to do. A side effect of the improved economy is increased pressures on those wanting to get on the housing ladder. Whilst there are encouraging signs in the construction sector, the government might need to take some radical measures to avoid this becoming a defining issue of the coming Parliament.

To sum up, there’s some tricky issues ahead for the Conservative Party, but it doesn’t compare to the existential challenge facing the Lib Dems or the tough choices for Labour.

One thought on “Election reflection from a Tory point of view”