Alan Clawley gives a remarkable insight into the building of Paradise Circus. 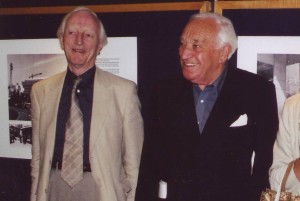 Although John Madin is credited with designing the Central Library, no-one can imagine that he did it all by himself. The impression that the head of major architectural practices did all the work was created because every drawing that left the office was signed by the principal architect while the members of the team who worked on the design were only named in professional publications.

Madin set up a team of four architects and an artist designer, with John Ericsson as its leader and job architect. Ericsson recently sent me his memoir on which I have drawn for this article. It was a happy arrangement, recalls Ericsson, that the commissioned Civil Engineers, Ove Arup and Partners and the mechanical and electrical engineers Gregory and Partners also worked in the same building as the Madin Design Group which enabled frequent discussion to co-ordinate all elements of the building.

Ericsson notes that the council was finally compelled into action by the City Engineer’s plans to deal with traffic congestion in this corner of the city. But the inner ring road was in his opinion not conceived as a traffic solution in the first place but as a way to tidy up the development surrounding the City Centre and to provide new valuable frontages. The alterations were suggested at the time of the horse and carriage and ultimately did nothing to deal with traffic in the area of Chamberlain Place, Paradise Street, and the Civic Centre.

The plan for Paradise Circus was to include an athletic institute, a drama centre, a bus interchange, a councillors’ car park, a lecture theatre, a pub, restaurants, offices for the City Transport Department and an information office as well as the new library. The Birmingham and Midland Institute declined being part of the brief, but the School of Music, an essential adjunct of the City of Birmingham Symphony Orchestra was retained as part of the brief and included a small Concert Hall.

The disposition of the buildings on the site was resolved with the Reference Block sitting over the Bus Interchange. It was the most prominent element of the scene and its location related to the civic buildings made its form of greatest importance. The final so-called ‘ziggurat’ form came out of a team discussion and did not refer to any other existing building either seen or illustrated.

Care was taken with the finish of the exposed concrete structure; Ericsson went to see glacial deposits being excavated near Tamworth and instructed the quarry to reserve sufficient deposits so as to ensure consistency after abrasive blasting of the surface would reveal the attractive colour mixture of the rounded aggregate. The council was keen to preserve, if possible, the decision already taken that the Civic Centre buildings should be clad in Portland stone but a compromise had to be reached to meet the budget.

The bus interchange was lost from the original proposal when transport was transferred from the council to the regional authority. It was intended to be one of three bus interchanges receiving all the city bus routes so that pedestrianisation of the city centre could be planned in a rational way. The word ‘interchange’ was used in the brief rather than ‘station’ to suggest something different.

Preserving the integrity of the Civic buildings and Chamberlain Place was considered essential to the design, but the variety of the brief made the whole a matter of deep discussion. The appointment of Bill Taylor as City Librarian turned out to be a most fortunate. During the discussions Ericsson had with Taylor he was able to satisfy himself that the ‘ziggurat’ form was going to be work for the subject reference departments with their individual book stores adjacent to them and so he began to formulate the flow of space within a compact building.

Taylor wanted all the subject reference departments to open from the escalators, reminiscent of a department store, because it was important to avoid selected departments being isolated from each other. He also stressed that the library should be a cultural centre, promoting displays and activities relating to books.

The main form of the Library complex fell into place with the public entrance together with the departments requiring close and public access forming an ’arm’ embracing Chamberlain Place. The main bulk of the Reference Library was raised as a central feature over the bus interchange and pedestrian deck which then gave access to all parts of the development and to the planned Civic Centre. However the state of the national economy was dire and financial restraints became a serious consideration. It was decided that only the work necessary for the road contract should go ahead with the School of Music and the Library, but the cost was strictly controlled

The detailed planning of the libraries was agreed in fortnightly meetings with Taylor, his deputy Hargreaves, Ericsson, his assistant Derek Spall and all the specialist librarians. They made visits to other libraries which had been faced with similar problems. One such was the Liverpool Library; and another with a different problem was the new Bodleian law Library where some of the books had been badly damaged by the heating system in the new building. It was therefore decided that air conditioning should be installed in Birmingham, but the council never allocated sufficient funds to operate it. Consultants noted in 1983 that the cooling towers were unused and badly rusted.

The council’s subsequent decision to roof over the central space resulted in natural light being cut off from the reference department while nothing was done to compensate with adequate artificial light. The electrical and structural requirements had been cast into the cruciform columns during construction. It was anticipated that a roof could have been provided at second floor level.

It was fully realised that changes would be needed in future. Reference Library requirements included maximum flexibility achieved by strict modular co-ordination, the ability to move all furniture and partitions to a new layout, change book stores to mobile stacks which would increase capacity by 80%, and the inclusion of under-floor ducts to serve all reading tables.

Thanks to John Ericsson’s memoir we have an authentic testimony to the enormous care that was taken over the design of the Central Library and the planning of Paradise Circus. No wonder Ericsson was too distressed to join Friends of the Library at the farewell Wake earlier this year.