Andy Goff and some of his relatives joined a large crowd to watch the official opening of a WWI arboretum. 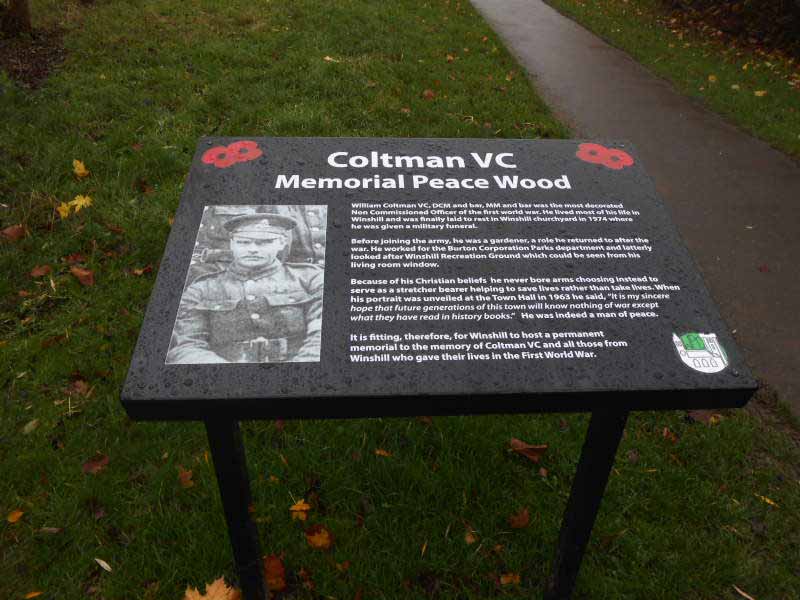 Yesterday saw the opening of a special World War 1 memorial in Burton Upon Trent.

The Coltman VC Memorial Peace Wood has been created to celebrate the life of the most decorated Non Commissioned Officer of the First World War.

William Coltman VC, DCM and bar and MM and bar lived most of his life in Winshill and died in 1974.

Prior to joining the army he worked as a gardener for Burton Corporation Parks Department and later in life looked after Winshill Recreation Ground, where the memorial has been established.

What makes William Coltman remarkable, apart from the medals he was awarded, is that he never bore arms. He served as a stretcher bearer in order to save, rather than take, lives.

In addition, the wood commemorates the 94 men from the area who did not return from the war. A birch tree has been planted for each of them. 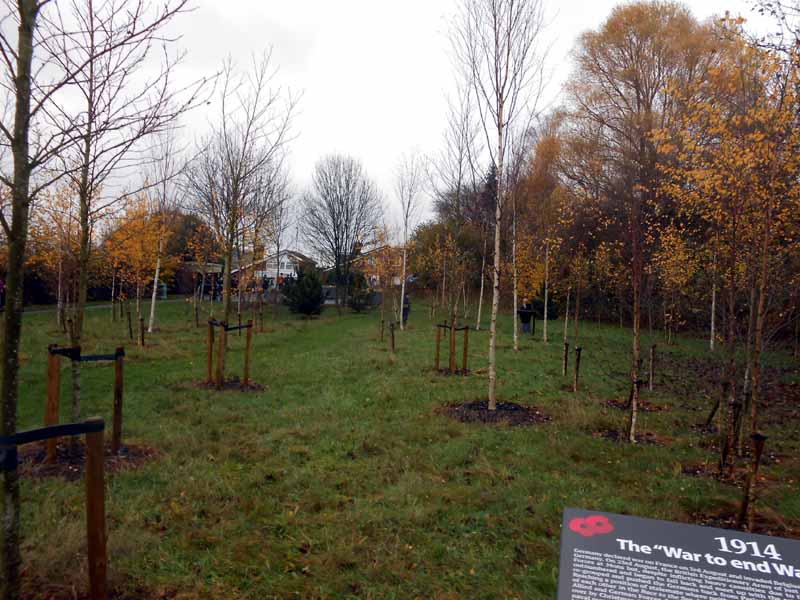 Winshill Parish Council received a grant of £24,000 from East Staffordshire Borough Council’s neighbourhood fund, £3,000 from the National Forest and also put in its own funding.

Among those for whom a tree was planted was Andy Goff’s great uncle, Sapper Gordon Dakin.