We talk to Hazel O’Connor about fame and what comes next. 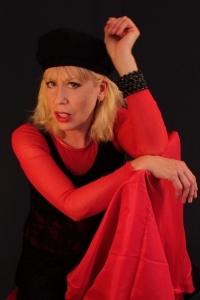 Actress, singer, writer; Hazel O’Connor has been busy since Breaking Glass catapulted her to fame in 1980. Yet there will be some who would ask her what she’s been doing for the past thirty-odd years.

“It’s strange isn’t it? If you’re not in the public eye you must be doing nothing. I’ve been working, although not so publicly. I ended up fighting with my record company and made the decision that I was going to continue doing what I loved, but I found that you can’t do as well without corporate support. Of course, the big corporations have gone themselves now, unless you’re the latest sensation from off the X Factor.”

On a more serious note, you’ve been playing with the Bluja Project for some time now.

“We started off like that, but it got a bit confusing. We wanted to do more jazz-orientated music, playing festivals and jazzier gigs, but I found that my name, such as it still is, overshadowed the project so now I tend to tour as Hazel O’Connor. There’s still democracy in the band, we all have equal input into recording, and the others are great – Claire is one of the best sax players in the world and Sara (Fisher) has played with so many top musicians – but the reality is that Hazel O’Connor is what people come to see.”

And your new tour starts at the Robin next Tuesday. What’s going to crop up on that?

“There’ll be a bit of the Bluja work and a couple of newer songs but the eighties classics will be in there as well. Working with Hugh (Cornwall) means that we have a similar sort of audience; a lot of Stranglers fans also liked the Breaking Glass music.

“I’m always guessing what the audience will want, I did one of those Butlin’s eighties shows recently and I was asked to play I Give You My Sunshine, which was one of our most recent songs. I thought that I’d never get away with something like that there but it shows you can never be certain what’s going to happen.”

You’re touring with Hugh Cornwell now; he’s seen as a distinguished elder statesman of the music business which is a long way removed from the time you played a gig for him when he was in prison for drug possession.

“That was a night. The Stranglers were due to play the Rainbow but with Hugh in prison a few of us replaced him as singer, or rather tried to, because Hugh’s irreplaceable. Myself and Toyah did couple of songs, that was when I did Hanging Around for the first time. We were doing backing vocals on Peaches with Ian Dury singing. Toyah was dancing round the stage as she always does while Ian was scrabbling around on the floor trying to pick his hat up which she’d knocked off. Robert Smith was playing guitar as well, in his pre-make up days. I wish someone could find footage of it.

“It wasn’t so good for Hugh though – he was in prison for something he might not have been charged for now. The authorities were making an example of someone famous.”

You recently said that your fans had thanked you for politicising them. I never thought of your music as being political – they were just great songs. Was that me being particularly stupid?

“No, that’s good. Most of my political thoughts were hidden in the songs. Monster in Disguise for example, that was written after I’d seen Margaret Thatcher speaking to a meeting of policemen, saying that she wanted to bring back capital punishment. You could tell that she was aiming to make the police force political, which led to what happened during the miner strike and with the peace convoys, and also that was at the time of the IRA hunger strikers so it would have been used not against child killers or women killers, but against political prisoners.

“Big Brother as well, from Breaking Glass. You used to think it couldn’t happen but now it’s here. CCTV, surveillance, I was looking at my house recently on Google Earth and my dogsitter was in the picture. That’s when I realised how much surveillance we’re under all the time. 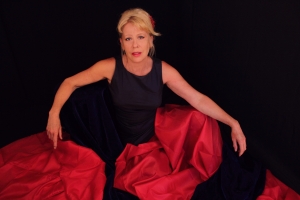 “I’m glad I did what I did – back in 1981 I played an anti-racism festival in Coventry that the Specials put on after a young Asian lad had been murdered, and the atmosphere around that was heavy, with the far-right threating all sorts of problems. If you talk about a problem then you have to be prepared to do something about it.

“Then many years later when I’d moved to Ireland I was asked to play at an anti-Iraq war march. The organisers said they expected about 20,000 people and asked if I’d do three songs at one of the points on the march. When I got there they asked me to keep playing at twenty minute intervals because there were so many people and it was taking them so long to get past the rallying point. They got about 150,000 out and I sang Dylan’s Masters of War to them.”

Talking of songs there must be a few people in their early thirties named Connor or Hazel who owe their existence to Will You.

“Wouldn’t that be great? I was in Australia and a lad who was about nineteen asked me to sign an album for his dad who was a fan of mine. I asked him his name and he said ‘Duran’. So it does happen.

“I guess that when I die, Will You will be played on the radio. It’s the song I’m remembered for, but it’s also one that brings back such sad memories because years after it was recorded an ad agency wanted it for a TV campaign. I said fine, then Wesley, who played sax, wanted to sue me. I made him an offer but he was holding out for half the songwriting royalties, which was laughable because that was as much as you’d get for composing the entire music and I’d done the whole song.

“Once it got to court the case was like a sharks feeding frenzy; it went on for fifteen years during which time the royalties were frozen and in the end Wesley settled for what he’d been offered at the start. It hurt me, it still hurts to think about it.”