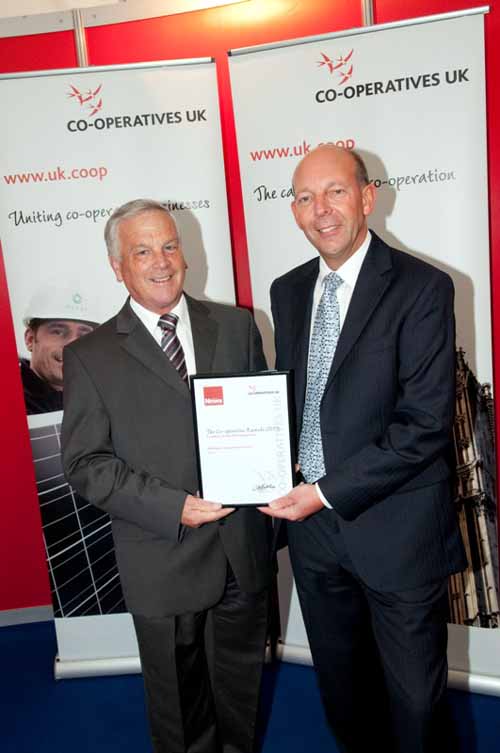 Run by Co-operatives UK, the national trade association for co-operative businesses, the awards recognise the excellence, innovation and impact of co-operatives and mutuals across the country.

The coveted Co-operative of the Year award, sponsored by KPMG, is presented to the co-operative that has demonstrated overall excellence in relation to performance on all aspects of running a successful co-operative.  This year the award went to Midlands Co-operative Society, the UK’s most profitable independent retail co-operative society, in recognition of its strong business performance, as well as the contribution it makes to its members, local communities, the environment and wider society.

The award was announced during the finale of Co-operative Congress in Cardiff at the end of June, to around 300 delegates from the co-operative sector.

Ed Mayo, Secretary General of Co-operatives UK, said: “The Co-operative Awards demonstrate the strength, diversity and success of co-operative businesses throughout the UK. We had some very strong entries and the winners truly deserve their awards.”

Martyn Cheatle, Chief Executive of Midlands Co-operative Society, added: “Since launching the Society’s five year strategic plan in 2011 we’ve already achieved many of our objectives and picked up a number of industry awards in the process which demonstrate the professionalism, creativity and high operational standards of our businesses and colleagues.  Our business success is important because it allows us to deliver on our co-operative values and principles which are about making a positive contribution to the wider society.   To be named UK Co-operative of the Year is an honour which we are extremely proud to receive since it acknowledges both our business successes and our co-operative achievements.  This would not be possible without the contribution that colleagues make on a daily basis and the loyalty of our members and customers who value our point of difference.”