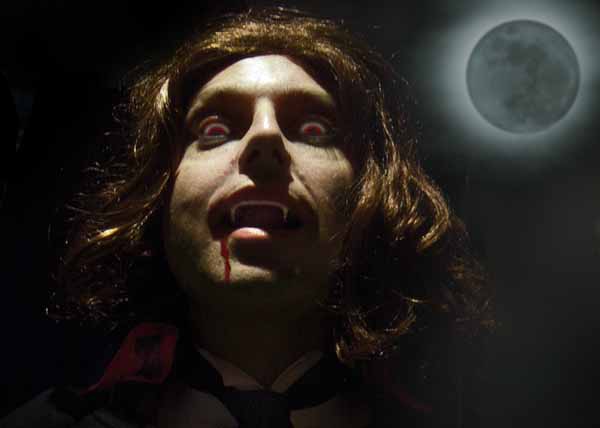 Members of the public are cordially invited to witness the bloody return of Bram Stoker’s most famous creation, brought literally to life once again in a unique play by those noted purveyors of Victorian Mystery, Shadowy Suspense and Gothic horror – ‘Don’t Go Into The Cellar’.

Stuart Williams of Bloxwich Library Forum, which manages the Elmore Row, Bloxwich theatre in partnership with Bloxwich Library said: “Dracula Walks The Night’ sees the Count of the Undead forsake his home in Transylvania to vent his wrath upon the British Empire.

“But fear not – this particular production is a specially-arranged matinee only performance, and as we all know, vampires cannot attack in daylight – or can they?  Don’t miss this one-off show in Bloxwich!”

Doors open at 2pm and the play begins at 2.30pm on Saturday 20th July.

Tickets cost just £8 or concessions £6, and are available now from Bloxwich Library in Elmore Row.