Dave Woodhall on the Benteke Saga. 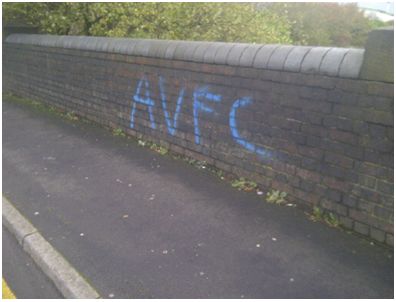 After weeks of speculation Christian Benteke put in a transfer request late on Monday night. Its timing might suggest that something of significance had just occurred for the request to have been made at such an odd time although he may also have wanted the matter brought to a head before the team travelled over for the pre-season tour of Germany, which began this evening with a 1-1 draw against SV Rodinghausen.

The club’s reaction to the news was predictably angry. A statement released almost immediately said, in effect, “He’ll go on our terms, otherwise he stays.” That’s drawn a line in the sand, and while you can’t please everyone, supporter reaction to the news has been surprisingly rational. 73% of voters in a Birmingham Mail poll said the player should be sold and unlike previous occasions when such big names as Dwight Yorke and James Milner have left Villa Park the general feeling has been less of bemoaning the club’s inability to hang onto their stars, as anger towards the player’s mercenary attitude.

Benteke’s agent Eris Kismet has firmly been cast as public enemy number one during the early days of this saga and he certainly seems to have been responsible for engineering the move. Kismet, whose behaviour throughout the Belgian international’s time at Villa Park is believed to have been a source of dismay to the club’s hierarchy, has known the player since Benteke was a youngster and the player is his only major client. It’s no great conspiracy theory to believe that he acts in his and the player’s short-term (ie financial) interest with no great desire to enhance the reputation of either within the game.

Villa certainly couldn’t plead innocence of Benteke’s track record in refusing to play for his previous club Genk in an attempt to force through his move to Villa last August. That, of course, is part of the irrational and sometimes duplicious world of football. You give players from smaller clubs their big opportunity while players are poached from you thanks to mercenary agents and unscrupulous bigger fish.

If Benteke does leave Vila, and it’s difficult to see him remaining with so much ill-feeling on both sides, the type of money he will bring in represents a huge task to Randy Lerner and Villa CEO Paul Faulkner, both struggling in the wake of successive relegation battles to retain the goodwill they once enjoyed. Figures of £30 million plus have been bandied about as the sort of fee that would be acceptable to fans and though it would be welcome, Benteke is unlikely to command such money. Since Kenny Dalglish left Liverpool this level of transfer is the preserve of players with years of success behind them at the highest level and Benteke, despite his undoubted potential, does not yet have such experience on his CV. Indeed, he’s worth far more to Villa than he would be to any other club, while his behaviour over the past two summers won’t have gone unnoticed to potential buyers who may fear that the scenario could well be repeated this time next year when Benteke, fresh from the World Cup in Brazil, is once more touted to the highest bidder. The scheduled departure might therefore be a little more old-style British Rail in terms of smoothness and delay than the chauffeur-driven limousine the player might have expected.

Whatever the outcome it’s another blow to the integrity of a sport which long ago gave up all pretence of morality and fair play. Villa took a gamble on a relatively unknown, Paul Lambert was willing to accommodate him to the extent of ostracising record signing Darren Bent even when results are going badly, yet at the first opportunity the player repays this goodwill firmly in the teeth.

As former Villa record signing Dalian Atkinson, who had a few clubs himself, put it, “He’s got three years left. If by Christmas they were still struggling then yes I’d say go on, get yourself off, but Paul Lambert’s stood by him when he’s put  Bent on the bench, the lads have done well around him, so he should have given them another chance but that’s the nature of the beast now in football.”