Coventry University has been awarded a series of accolades in recognition of its green credentials, including – for the second consecutive year – a prestigious ‘First Class’ award in the People & Planet Green League 2013, published in The Guardian. 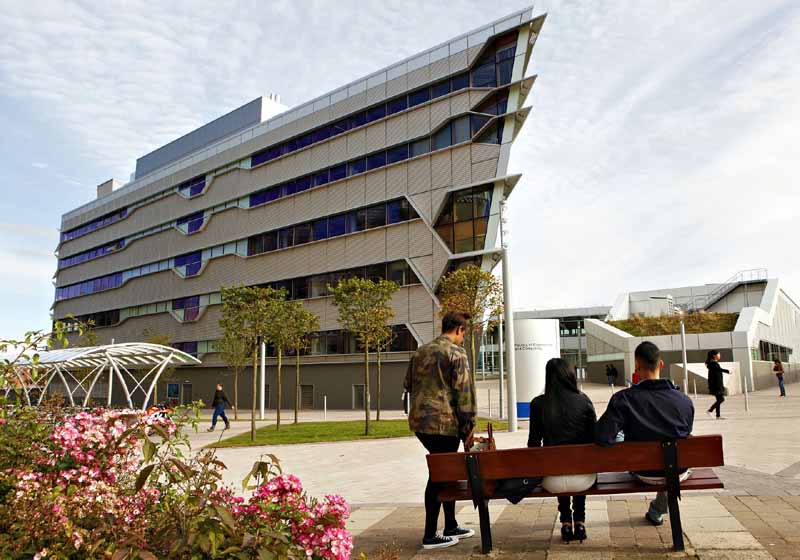 The University’s recently-opened Engineering and Computing Building also won two accolades at the Celebrating Construction 2013 awards ceremony in Birmingham on Monday – including one for sustainability – and achieved the gold level in HEFCE’s EcoCampus award scheme.

Coventry is one of only 45 universities across the country to have achieved the top rating in the People & Planet Green League, which assesses the environmental performance of all UK universities based on categories such as carbon reduction, policy and engagement with staff and students.

The University scored top marks for its environmental policy and was rated ‘excellent’ for its waste reduction and recycling, which overall puts it in the top quarter of higher education institutions in the UK and in the top 10 in the Midlands.

Elise Smithson, deputy director of environment and of the Low Impact Buildings Centre at Coventry University, said: “This is a fantastic achievement for the University, and one which recognises the continued efforts of staff and students to achieve our ambitions of sector-leading environmental performance in all areas.”

In the separate Celebrating Construction 2013 awards ceremony, the University’s Engineering and Computing Building – formally opened by Her Royal Highness the Princess Royal in February – scooped both the ‘Built in Quality Award’ for higher education and also the West Midlands Centre for Constructing Excellence ‘Legacy Award’ for sustainability.

The building was designed to impress in the sustainability stakes, using a range of technologies including rainwater harvesting, solar thermal energy and a state-of-the-art biomass boiler.

It also features a high-precision wind tunnel built by the Mercedes F1 team, as well as the £2.6m ERDF-sponsored Sustainable Building Futures centre to support West Midlands SMEs with the development of sustainable construction skills and technologies to help boost green jobs.

George Martin, professor of low impact and sustainable buildings at Coventry University, said: “We’re delighted that the Engineering and Computing Building has been recognised in these awards, particularly since it was up against some strong competition from the region.

“Since the building opened we’ve had some excellent feedback not only from students and staff, but also from businesses who have taken advantage of the state-of-the-art facilities and support programmes on offer to boost green technology initiatives in the region. This has played a big part in the success of our sustainability legacy.”