More than 100 students at Aldridge School are set to tread the boards in a theatrical extravaganza to help raise money for brain tumour research. 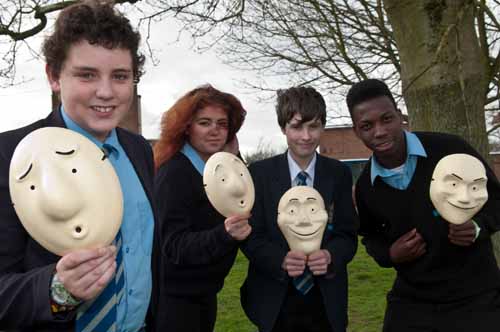 Young performers are putting on the show to help fellow pupil Ben Sambrook, who is undergoing treatment for a tumour.

Ben, aged 13, was diagnosed with a malignant tumour when he was seven and over the past six years has undergone three operations and months of gruelling treatment including radiotherapy and chemotherapy.

His parents Sharon and Steve set up the Ben Sambrook Fund and they are hoping money raised from the school show will tip the total to more than £100,000.

Money from the fund is put into The Brain Tumour Charity, the UK’s leading charity dedicated to brain tumour research.

The show is being staged on March 26 and 27, starting at 7pm at the school in Tynings Lane. Tickets are free but donations are being asked for towards Ben’s fund.

Mrs Sambrook said: “The school has been very supportive in so many ways.  We hope that donations made from the show will tip the fund into six figures which would be marvellous and a good way to mark national brain tumour awareness month which is March.”

The production is based on the theme of Nature and the Seasons and will showcase a range of talents from singing, acting, dancing and music.

Drama teacher Kirsty Irving said: “We are hoping for a full house on both nights and that the donations will help Ben reach the £100,000 mark which is quite an achievement.”