The abundance of the UK’s larger moths has crashed during the past 40 years with three species becoming extinct in the last decade, a major scientific report reveals today. 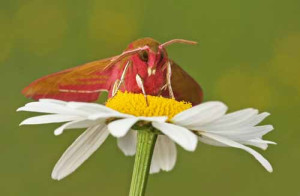 The State of Britain’s Larger Moths 2013 found that the Orange Upperwing, Bordered Gothic and Brighton Wainscot had all become extinct in the last 10 years; these follow the extinctions of an additional 62 species during the 20th Century.

The report by Butterfly Conservation and Rothamsted Research revealed that two-thirds of common and widespread larger species (macro-moths) declined in the last 40 years. The losses in abundance were much greater in the southern half of Britain than the north.

Some once common garden species such as the V-moth, Garden Tiger and the Spinach have decreased by more than 90% from 1968-2007 and now face the real threat of extinction in the future.

Ongoing habitat loss and the deteriorating condition of the countryside are believed to be the major factors behind these declines.

The report is based on continuous records running from 1968 to 2007 on common and widespread species. These records represent the longest running national population trends of insect species known anywhere in the world.

Some two-thirds of the species recorded declined over the 40-year study, 37% of species decreased by at least 50%.

In the southern half of Britain, larger moth populations decreased by an average of 43% in comparison to an average 11% decline in northern Britain. Total abundance of moths decreased by 40% in southern Britain but showed no overall change in the north, where declines of some moth species were balanced out by other moths faring well.

The reason for the disparity between the two regions is likely to be due to higher levels of habitat loss in the south and the beneficial effect of climate warming on some moths in the north.

Moths are key indicator species for assessing the health of the environment. These findings point strongly to a wider insect biodiversity crisis and mirror declines of butterflies and bees and carabid beetles. The declines could have a knock-on effect for plant pollination and animals reliant on moths for food, such as garden and woodland birds, bats and small mammals.

While moth populations have declined substantially in the last few decades, the period has also seen an unprecedented influx of new moth species to Britain.

More than 100 species have been recorded for the first time in Britain this century and 27 species have colonised Britain from the year 2000 onwards. Climate change is seen as a major driver for these new colonisers as conditions become more suitable for continental species.

Butterfly Conservation Surveys Manager and lead author of the new report, Richard Fox said: “This report paints a bleak picture about Britain’s biodiversity. Much has been made of the decline of butterflies and honey bees but moths represent the massive, but largely un-noticed diversity of insects that form the vast majority of animal life in Britain.

“The severe declines of once common garden moths and overall decrease in moth abundance that we found are a damning indictment of how recent human activity has devastated our native wildlife.” 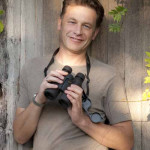 Chris Packham, Butterfly Conservation Vice-president said: “Larger moths are key indicator species that let us know how our environment is faring in a period of unprecedented environmental change.

“As well as being important pollinators, moths are an absolutely vital cog in the food chain for other species such as birds and bats. The dramatic and ongoing loss of moth abundance highlighted in this report signals a potentially catastrophic loss of biodiversity in the British countryside.”

David Brooks, an ecologist at Rothamsted Research who analysed the data, said: “This study highlights the value of long-term investment in monitoring of species populations, for discovering fundamental changes taking place in the ecology of the British landscape. The study would also not have been possible without the help of numerous volunteers and amateur naturalists, who increasingly make invaluable contributions to ecological research.”

TOP FIVE LOSERS AND WINNERS IN TERMS OF ABUNDANCE