Coventry’s Belgrade Theatre welcomes Jocelyn Jee Esien and Karl Collins to the B2 stage in the hilarious new comedy One Monkey Don’t Stop No Show from Tues 12 to Sat 16 March. 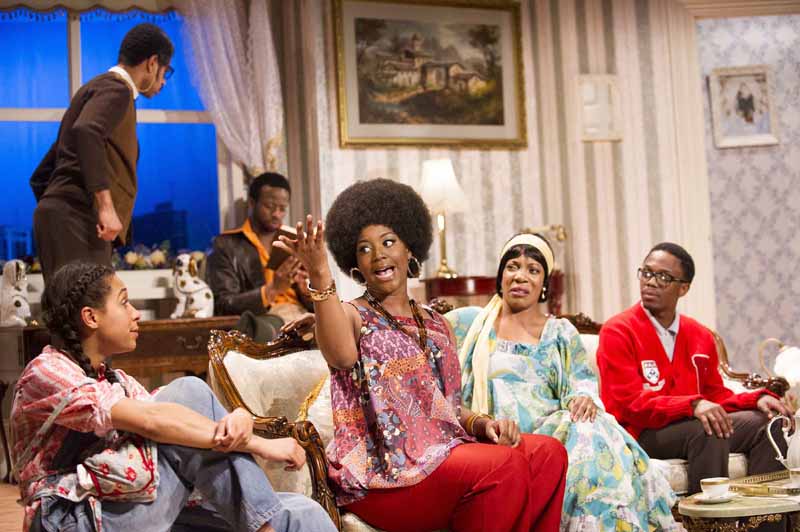 Set in 1970s Philadelphia, One Monkey Don’t Stop No Show is best described as a mixture of Restoration comedy and hit American sitcom The Cosby Show.

It follows the story of the Harrisons, the most respectable middle class black family in the suburbs. Baptist preacher, Reverend Avery Harrison, his wife Myra and his privately educated son Felix have aspirations of moving up in the world.

However, their comfortable world is shaken with the arrival of their young niece Beverly, whose radical ideas from the rural South turns their polite, Christian life on its head. The daughter of Avery’s recently deceased brother, her father has left her in the custody of the street-wise, fast living Caleb Johnson – but Beverly has other plans.

One Monkey Don’t Stop No Show stars Jocelyn Jee Esien, the first and only Black woman to have had her own TV comedy show in the UK. She is best known for her BBC 2 sketch show Little Miss Jocelyn and BBC 3’s hidden camera show Three Non Blondes. Jocelyn has recently starred in three series of BBC Radio 4 comedy Beauty of Britain, and recently made her Royal Court debut in Belong by Bola Agbaj.

The show also stars Karl Collins, who recently appeared in Joe Cornish’s film Attack the Block, Shane Meadows’ Twenty Four Seven and in BBC comedy Twenty Twelve and drama Blackout. Joining him is Clifford Samuel, who has recently been nominated as Best Actor at the Manchester Theatre Awards for his leading role in The Lowry’s production of Obama the Mamba. 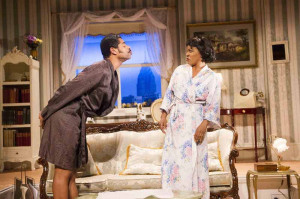 Featuring a complete soundtrack and canned applause, One Monkey Don’t Stop No Show is presented as a live television sitcom in recognition of the play’s contemporary influences.

The show received its UK premiere in a co-production between Eclipse Theatre Company and Sheffield Theatres in October 2011 and has since been seen by over 100,000 audience members to date.

Eclipse Theatre Company is the only Black-led national touring company delivering an annual tour to regional theatres. Their mission is to raise the profile of Black British theatre, to broaden the diversity of work on offer and to develop and retain new audiences in order to create a more diverse theatrical landscape.