Following several months of deliberation about the future of the Holders Lane & Pebble Mill Playing Fields, Birmingham City Council officials have put residents minds at rest by stating that their intention is no longer to sell off or lease the site, but rather to ‘safeguard its future for the benefit of the community’. 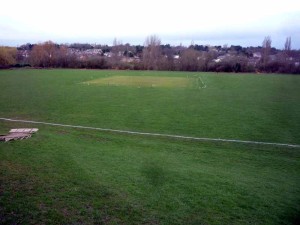 In a letter dated 28th January issued to residents and community groups, Councillor McCarthy (Selly Oak) and Councillor Trickett (Moseley & Kings Heath) gave assurances that instead of selling the land, they would look at a ‘collaborative community based approach’ which ‘would potentially require some form of Community Asset Transfer’.

The letter goes on to outline the Council’s intention to ‘establish some form of project board comprising of officers, community representatives and key community/sporting interest’ groups to take the project forward.

For Kingsbridge Community Sports and its community partners, this announcement represents a significant step forward for the Council and is a huge relief to the local communities in Selly Park, Moseley & Kings Heath- who were outraged at plans uncovered last year to sell off the much loved playing fields.

Kingsbridge Director Roger Lynch described the response from the community as ‘nothing short of phenomenal.’

Last year local volunteers circulated 5,000 ‘Save our Playing Fields’ leaflets to alert people of the threat and in response 957 people signed an online petition to stop the Council selling the Playing Fields. Local political parties made promises of what they would do about the issue if they were elected. Now those promises are beginning to be fulfilled. A new ‘Friends of the Fields’ group has now been formed to give local residents a voice and to help plan the future for the site.

The next few months should be exciting times for local sports and community groups as they carry out further community consultation, and begin to form the new Project Board in partnership with the Council. If you would like to give your views on the project and what you would like to see happen on the site, please take a few minutes to complete their on-line survey.

For background to this see The Birmingham Press article.