A member of Coventry University’s School of Art and Design is to act as curator for a new arts festival taking place in Florida later this year. 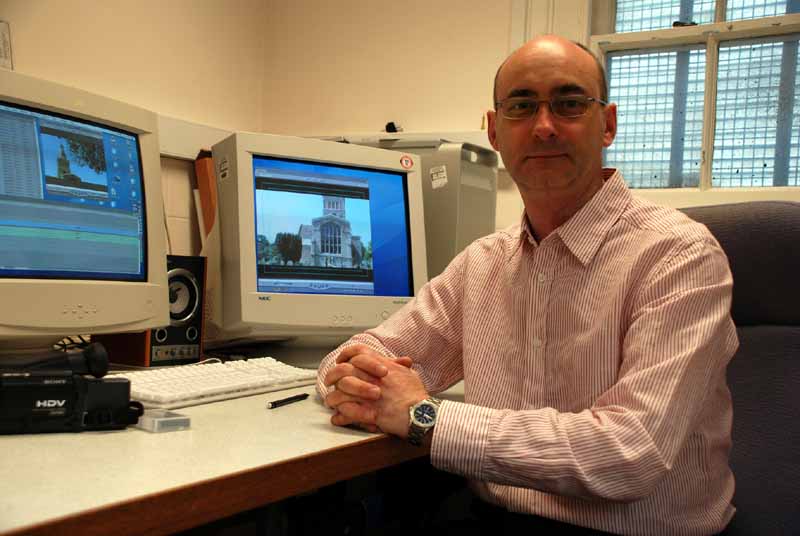 Clifton Stewart, a Senior Lecturer in Media Production, has been invited to pull together the programme for an international short film festival and to select images for a holographic art exhibition as part of the Art & Algorithms Festival, which takes place in Titusville, Florida in October 2013.

The festival in Brevard County – nicknamed Florida’s “Space Coast” given the presence of the John F Kennedy Space Centre and close proximity of NASA – will encompass a broad range of creative disciplines with a particular emphasis on digital art and new media.

Clifton’s involvement in the Art & Algorithms Festival is testimony to both his high standing in the arena of arts and media and the international reputation of Coventry School of Art and Design.

Having curated short film festivals in the UK for a number of years and with a background in film and television production, he has been approached by the festival organisers to present a taste of new and emerging film making talent from around the world.

Clifton, who is also a voting member for the British Academy of Film and Television Arts (BAFTA) will submit a selection of films of varying length from over 24 countries, reflecting different styles and covering a wide range of subject matter. Genres will range from comedy to romance, drama to science fiction and fantasy through to animation.

Entrants for the festival are through invitation rather than open submission so Clifton is actively seeking out works for inclusion and will be spending a significant amount of time over the next few months contacting film makers to secure their participation.

As well as curating the short films, Clifton is also selecting works for the holographic exhibition, which also forms part of the Art & Algorithms Festival.

The advances that holograms have undertaken in the last few years have been remarkable and make the medium even more captivating and striking, enhancing the illusion of perceived depth and enabling the viewer to peer around objects and images like never before.

Commonly used for practical purposes and in scientific research, the exhibition will present holograms as works of art, hung and lit and contemplated within the gallery context for public viewing. Their inclusion in the Art & Algorithms Festival reflects its underpinning ethos as a celebration of the crossover between technology and art as well as a showcase for the new creative forms that have emerged as a result.

Clifton believes that Titusville’s high tech links make it a particularly apt setting for the Art & Algorithms Festival and anticipates that the event will be as much about educating as it is about celebrating.

Clifton said: “Given its closeness to the Kennedy Space Centre and shuttle launching sites Titusville has a long association with technological advancement. Indeed, it’s nicknamed ‘Space City’ so it’s a good fit for a festival that’s very much about the imaginative application of cutting edge technology.

“Computer generated animation, 3D digital mapping and projection technology have been used for commercial and scientific purposes and increasingly within the creative industries themselves but the artistry behind these disciplines is something that should be recognised in its own right.

“The Art & Algorithms Festival will celebrate new as well as traditional art forms but it will also have an educational focus. We want to expose young people to the emerging opportunities that are arising from this meeting place between art and technology.

“That’s the approach we take with our students at the School of Art and Design where we strive to prepare them for future possibilities by applying innovative approaches to teaching and learning, investing in state-of-the-art equipment and developing close links with up-and coming-industries.”