Crest Nicholson is encouraging those people hunting for their first home in Birmingham to visit its Park Central development and find out how the government’s FirstBuy scheme could help them purchase a new property. 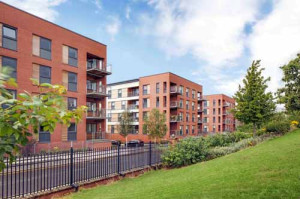 Last week the government announced a £280 million extension of its FirstBuy equity loan scheme as part of a raft of new housing and planning measures. This extension aims to get another 16,500 first time buyers on the property ladder.

A two bedroom apartment at Park Central can be purchased for just £114,800 under FirstBuy, marking 20 per cent off the £143,500 list price. The five per cent deposit payable on this property stands at £7,175 – a significant saving on the average deposit in the UK which is now in excess of £25,000.

Ruth Williams, sales manager at Park Central, which is located at the heart of Birmingham city centre, said: “Many people don’t bother asking about the FirstBuy scheme as they are under the impression that they won’t own 100 per cent of their new property, but this isn’t the case. The scheme simply makes it easier for first time buyers to buy a home who don’t have a large deposit to put down.

“At Park Central a new two bedroom apartment can be purchased with a deposit of just over £7,000 when bought under FirstBuy. What’s more, for those people who are moving into their own property following renting in the city centre, they could end up saving money on their monthly outgoings.”

The monthly mortgage repayments on a typical £145,000 two bedroom apartment at Park Central, when purchased under FirstBuy, would be approximately £586, marking a saving of £114 when compared to renting the same property.

Ruth continues: “It is great news the FirstBuy scheme has now been extended as it shows the government’s commitment to helping people make their first move onto the property ladder. Hopefully house hunters in Birmingham will make the most of this scheme and reap the benefits that it offers.” 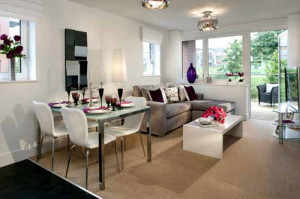 Built with high quality fixtures and fittings, the apartments at Park Central offer a luxurious standard of living in the heart of the city. Each property boasts an open plan living and dining area, benefiting from a large balcony overlooking eight acres of parkland.

FirstBuy is available on the new two bedroom apartments in the Lower Parkside phase of the Park Central development. For further information on FirstBuy or to pre-book an appointment with the sales team call 0121 666 4666 or visit the marketing suite, which is open daily from 10am to 5pm and is located at Park Central, Spring Street, Birmingham B15 2GD. Alternatively visit parkcentral.co.uk