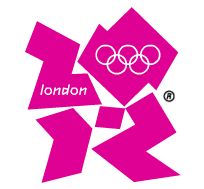 Richard Lutz is enjoying The Games but…

And over to tv-land where my house is happily inundated with lithe swimmers, jumpy gymnasts, great armies of  handball players.

This Olympics is a tv moment. Or rather a tv marathon. We keep the box  on mute and peek in  from  morning to midnight and if we see anything alluring, we bang on the sound.

Yes, yes, I started as an anti-MacDonalds fanatic, grumping about mega-corporate greed and the ticket fiasco (namely because I recieved zilch when I screwed up the applications) and, well, I am a grump anyway.

But the magic of the running jumping, splashing athletes is just too hypnotic.

And of course there are the inevitable great stories: the cheating badminton players (who the f*^& ever thought girls with little rackets would ever cheat?);  the drug rumours, the inevitable mini-tabloid tales about success over adversity; the tears of happiness or shame when a medal is won or not won; the lost mother/father/sister who inspired victory; the little stupid stuffed toy that presenter Clare Balding must thrust in my face every time an aqua-athlete hits the finishing line.

I love it. My old 28 inch cathode giganto-tv is on max output and every 12 minutes I am shouting through to the kitchen something akin to : ‘Come through, it’s the underwater nude volleyball quarter finals and Britain is up against The Bad Guy  Koreans…’

But in back of these magic images and blasts of sound is the spectre that unfortunately is of greater importance to us. Kofi Annan’s stepdown as Syrian go between is the worst thing that could have happened in the past week- even worse than someone not making it through the opening heats of a bike race.

This war, if it continues, will bust open the fragile Mid East peace. it will draw in Iran, Turkey and semi unwilling countries with intractable  sectarian troubles of their own that they either will not admit to or refuse to accept.

When the London Olympics fade from view and transform into digi memories on flatscreen playbacks, this Syrian horror show will remain burning  our eyeballs and our hearts. It will not go away.

To contain it as a simple freedom fighters v the baddies is simplistic. It is a difficult, mangled, complicated fight that includes  accepted forces of democracy, tribal bosses,  the guilt of the west that arms Nazi-like states, countless victims of state thuggery and the spectre of terror gangs on the fringes.

Until the totally unhinged  Assad disappears into the ignomy of Russian or Iranian exile, it will continue. And for the next week  we have to take on board that following the happy tv  images of gold medal winners on the podium, there will come the  searing images of  the Syrian dead, growling tanks, the under armed rebels and the sheer fascist weight of a regime killing its own citizens.