Martin Mullaney, Birmingham Council’s Cabinet Member for Leisure Sport and Culture, reports that Edgbaston Croquet Club has been invited to give a couple of taster sessions for Croquet on the bowling green in Cannon Hill Park on Sunday 15th April and Saturday 21st April. 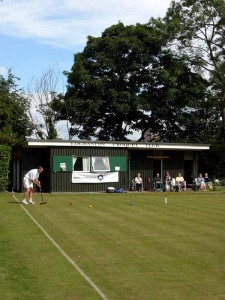 An “Open House” is planned from 14.00 to about 17.00 on each of these dates. You can watch, play and learn a thing or two from a current England International and other Croquet Club members. The bowling green is between MAC and the tennis courts.

All that’s asked is that you wear flat shoes – trainers or similar – to protect the grass.

Edgbaston Croquet Club was formed in 1905 as the Plough and Harrow Croquet Club on Hagley Road and is the leading West Midlands Croquet Club. Their base in Richmond Hill Road is a tranquil haven, where possible new starters are welcome to drop by – especially on Wednesday and Saturday afternoons. Beginners get plenty of help and guidance, whether the interest is in convivial, gentle exercise or serious sporting ambition.

This is an experiment to test the appetite for Croquet sessions in Cannon Hill Park. Croquet is a relaxing sport for all the family and groups of friends….. It is very sociable and notorious for wicked cheating. Ladies in long dresses have been known to conceal Croquet balls under their dresses and kick them along.