Friends of the Central Library certainly want to save the building that at present houses the main library service, but it is just as worried about what is happening to the service itself, writes Alan Clawley. 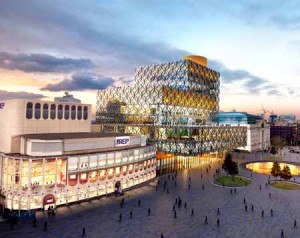 The Council is building a shell in Centenary Square that it claims will put Birmingham on the world map of libraries, but how good will the service inside it be?

Councillor Whitby has promised us the best library in the world. He has chosen what he was told was a world-class Dutch architect to deliver a world-class building. Whether or not he will succeed in that rather narrow ambition remains to be seen. As the famous TV pundit Kevin McCloud said: ‘The jury is still out’. 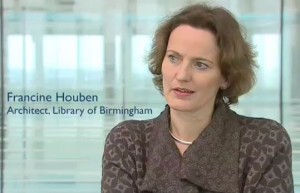 It’s a sure indication of Whitby’s sense of priorities that he was happy to leave the design of the service that will inhabit his world-class shell to the home-grown talent of Brian Gambles. Unfortunately for the library service the Oxford-educated Mr Gambles is, as far as I am aware, not acknowledged as a world-class librarian. His handling of the Library of Birmingham project has not been world-class and leaves questions posed by his predecessor, John Dolan, unanswered. And Dolan knows what he is talking about because he was the most senor librarian involved at the start of the project.

Mr Gambles has in fact presided over a gradual diminution of the service provided in the Central Library whilst enthusiastically talking up the new Library of Birmingham at the same time. It began as long ago as February 2008 when The Stirrer reported that Archives and Local History were to shut for a whole month to allow staff to organise the closure of Floor 7. The result was a reduction in shelf space and fewer study areas on Floor 6 due to the creation of conference rooms for hiring out. The time available for library users to request items from store was reduced by 20 hours a week and there was no service at all on Mondays. The outsourcing of services to CAPITA, their appointment as project managers for the new library and the way in which the Health Exchange was allowed to take over space previously occupied by Science and Technology because it had access to funding not available to the Library, were all matters of concern except to Mr Gambles. 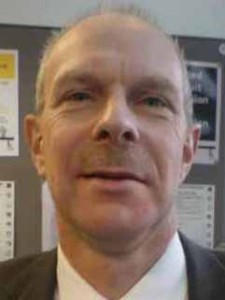 At the same time The Birmingham Post reported Mr Gambles saying that the number of books in the Library was likely to be reduced by about 20% by 2018; over the same period there would be a massive growth in the number of titles available on line and Mr Gambles was proposing culling a legacy collection of one million books.

Recent attempts to justify cuts in service provision as a necessary preparation for the move to the new building rather than due to a reduction in staffing are unconvincing. Mr Gambles asks us to believe him when he says that normal service will be resumed on the day that the new building is opened in the summer of 2013. We are told that the new building is 15 percent more efficient than the present one but declines to elaborate on this statistic. Does he mean that the building uses 15% less energy, or 15% less staff to run?

What has Mr Gambles been offered in the new library building in return for accepting a reduced service? He has secured a large purpose-designed, environmentally controlled archive store to replace the inadequate basement about which he as long complained. Beyond this his demand for exhibition space to show off the three ‘prized’ collections (Shakespeare, Boulton & Watt, and Victorian Photographs) is modest. A report in The Stirrer (February 2008) quotes him saying that staff didn’t have the time to make exhibitions of any kind.  In the Post (March 2008) he said that ‘…the public appetite for exhibitions may not be as great as is popularly supposed, and warns against the cost of putting on large-scale exhibitions which would be the responsibility of no more than five dedicated staff’. He points to exhibition space provided by the Ikon and BMAG instead, thereby lowering public expectations even before the 2010 government called for massive cuts.

These two items seem to constitute Mr Gambles’ entire wish-list for the new library. The question ‘what else can the new building do that the old one cannot do?’ has never been answered although it has been asked on a number of occasions, including the Annual General Meeting of the Birmingham Civic Society.

In a recent email exchange Mr Gambles told me that the metal filigree on the new library will cost £3 million, a figure that he seemed to think quite reasonable. So I asked him whether he would not have preferred to spend £3 million on books instead and make do with a plain facade. As a committed enthusiast for the new library he could hardly have said ‘yes’ but he could have argued against it during the design stage. Even now I hoped he would have been prepared to express a glimmer of disapproval and stand with the users of library services around this country who are fighting to defend their libraries. It can’t be right when it’s easier for the Council to borrow money for a posh new building rather than for maintaining the service for which it is being built.

For some additional background to this article see here