Birmingham’s long quest for a 50-metre swimming pool appears to have taken a major step forward with the announcement today by the University of Birmingham of plans for a major redevelopment of sports facilities at its main Edgbaston campus.

The University will construct a 50-metre pool along with a new sports centre at the junction of Bristol Road and Edgbaston Park Road, on land partially occupied by the Gun Barrels public house. The existing Munrow Sports Centre, opened in 1963 and which includes a 25m pool (dating from 1976), will be demolished although the adjacent athletics track will be retained.

The pool, scheduled to open in 2014, will cost around £11m, but at only 17m wide (6 lanes) it will not conform to International Olympic Committee standards and neither will it include diving facilities, Depth will be a constant 2 metres although a moveable floor will allow for sections of the pool to be made shallower to accommodate less proficient swimmers and specific user groups. A 400-seat spectator gallery will run alongside the pool.

The sports centre forms part of a wider £175m expansion plan including new library facilities, student accommodation and staff car parking announced today, It will be operated and managed by the University with the pool capable of being divided into two 25-metre tanks by use of a boom. This would allow it to be utilised by more than one type of pool user simultaneously.

Today’s announcement may signal the death knell for the city council’s proposed £58m Birmingham Aquatic and Leisure Centre (BALC) planned for a site on St. Vincent Street opposite the National Indoor Arena for Sport in Ladywood. Although BALC was lauded as both ambitious and impressive, its’ financing arrangements were never resolved (with a shortfall of almost £30m) and the project was criticised as being unaffordable at a time when community pools across the city were in need of cash. It met opposition from both local residents and Labour Leader (and Ladywood Councillor) Albert Bore and with expectations of Labour regaining control of the city at next May’s Council elections and no prospect of the funding shortfall for BALC being bridged, it was anticipated that the scheme would be scrapped by next summer.

In contrast, funding for the new University of Birmingham pool appears to be secure. The University is one of the city’s wealthiest institutions and is currently building a new centre for its music department (to include a 400-seat auditorium) set to open in 2012, part of an ongoing programme of new buildings and refurbishments at the campus that stretches back several years.

However, today’s announcement of a 50-metre pool so close to the heart of Selly Oak must cast doubt over the long-term future of two municipal swimming pools, Tiverton Road (the city’s oldest publicly-run pool, dating from 1906 and located just a few hundred yards from the campus) and Linden Road Instructional Pool (situated next to the Cadbury factory and opened in 1936). 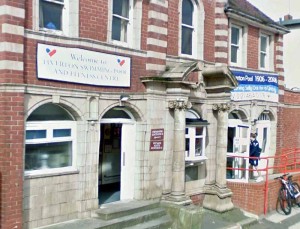 While the Council Cabinet agreed in principle in late 2009 to invest heavily in community pools, faced with the need to make stringent savings following sizeable reductions in central government grants, the Council may be tempted to abandon the two pools (it owns Tiverton Road but hires Linden Road) and book time at the University’s new facility instead.

Such a move would doubtless face strong opposition from individual swimmers and pool user groups who benefit from the long opening hours and accessibility offered by municipal run pools. In recent years similar proposals for dual share pools in Harborne and Sparkhill have met with vehement opposition, with the council eventually backing down in both cases.

Responding to today’s announcement, Birmingham City Council Cabinet member for Leisure, Sport and Culture Martin Mullaney told The Birmingham Press that there were no plans to close Tiverton Road or stop using Linden Road, but that the Council would monitor the situation once the new University facilities were operational.