News this week that photographer Stuart Whipps has won a grant from the Arts Council to document the genesis of John Madin’s Central Library supports my view that a cultural divide exists between the arts and business communities in Birmingham over the appreciation of modern architecture. 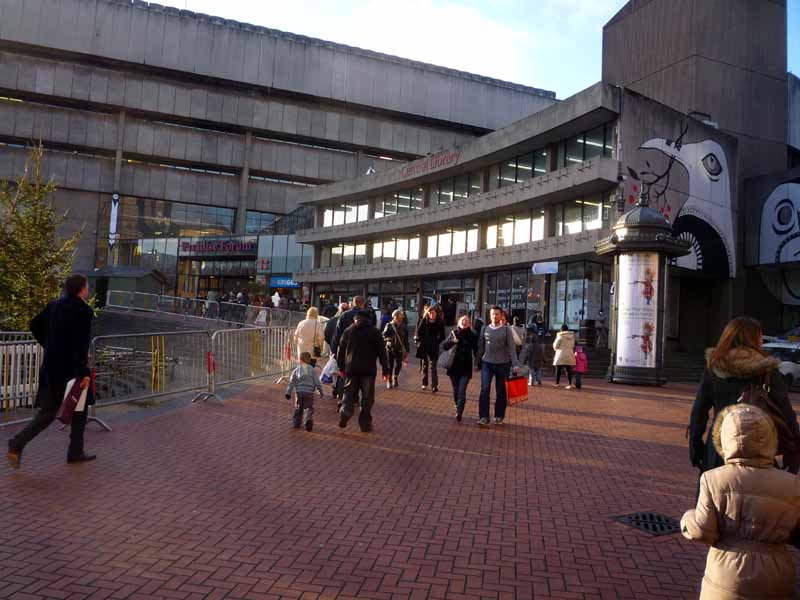 Opinion for and against the Library’s architectural merit is neatly divided between the business and property development community and what I would call the cultural and arts community.

The business community, led by Councillor Whitby (a businessman) and his former planning boss Clive Dutton (one time property developer who advised the cabinet that the building had ‘no architectural merit’) and the Council’s supporters including Gary Taylor of Argent plc, the Birmingham Post, and the Civic Society’s past Chairman Freddie Gick, have all been vociferous in expressing their hatred of the building. I can’t work out whether their views are deeply-held and derived from an intelligent study of architecture around the world, or whether they are invented merely to justify their predetermined personal or corporate financial interests. Its just as hard to know whether they hate all modern architecture like former Culture Minister Margaret Hodge – who was suspected of deciding which buildings should be listed on the strength of her personal prejudices.

Supporters of the Library may be less organised than the powerful business lobby, but they boast some impressive champions, notably English Heritage (the government’s official adviser on historic architecture) and the Twentieth Century Society (a body that government must consult by law about the listing of buildings of special architectural or historic interest). Both organisations are the sponsors of the book recently published by the Royal Institute of British Architects on the lifetime work of the Library’s architect John Madin. Like it or not, and Councillor Whitby clearly does not, these organisations know what they are talking about when they say they like the Library.

Friends of the Library numbers amongst its supporters, architects, architectural historians, writers, poets, academics, musicians and library users but no property developers. Local architects tend to shy away from openly opposing the City Council but they do belong to the Friends. One who was prepared to speak out, Joe Holyoak, has been ostracised for doing so.

‘Grand Designs’ pundit Kevin McCloud is a fan of the building and Lucinda Lambton raved about it in her Radio 4 documentary ‘Listed’. These individuals know what they are talking about. Students of architecture, conservation and cultural studies have based their projects on the Library whilst artists and photographers are fascinated by the Library’s abstract geometric purity. So I can’t agree with the critics of the Library who write off anyone who values its cultural heritage as part of a small bunch of misguided fools.