The economic situation over the past couple of years has led to an upsurge in part-time and freelance jobs. Whether it’s a day a week at a number of different things or the need to earn a bit of extra cash, once in a while, a lot of us are on the search for an alternative income. That’s why My Secret Kitchen might be of interest. 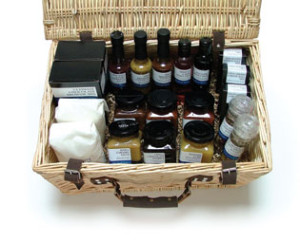 Founded in 2007 by husband and wife team Claire and Phil Moran, they are the UK’s first nationwide food and drink tasting company.

Based on an idea which first took off in America, think Tupperware (or Anne Summers if you prefer), but with food rather than naff plastic boxes or things with batteries. One of their consultants comes round your house, prepares a meal for you and whoever you’ve invited, then you sell the ingredients they’ve used and earn commission.

The worst that can happen is you’ve had a free meal; the best is that you’ve had a free meal and earned money at the same time. It goes without saying that all the stuff they use is top quality and free of artificial nasties. We’ve tried some of it and can safely say we’d be happy to have some more sent, or to be invited round by anyone who hosts one of their meals.

Speaking of which, My Secret Kitchen has proved to be such a popular concept that while they’re always on the lookout for hosts, they’re also looking to recruit new consultants. More information and details on how to become involved can be found at www.mysecretkitchen.co.uk