Marking International Women in Engineering Day on Sunday 23rd June, HS2 Ltd has produced a short film which subverts the stereotype of what an engineer looks like, challenging the out-dated masculine preconceptions of an industry that is rapidly becoming more gender-inclusive.

The short film stars Clara Lenzi, a Project Management apprentice at Britain’s new high speed railway and was filmed on location at the future location of HS2’s super-hub at Old Oak Common. Demolition of the former sheds at the one-kilometre long site in London is now well underway, ready for construction of what will be one of the best connected rail stations in the country.

Currently, the number of female professional engineers in the UK is around 12 per cent, which is the lowest in Europe. However, 30,000 people will play a role in designing and delivering the new backbone to Britain’s railway, and HS2 is making steps to ensure that local people, under-represented and disadvantaged groups are among them, which in turn is helping to reduce gender disparities within the industry.

Mark Lomas, Head of Equality, Diversity and Inclusion at HS2 Ltd (pictured), said: “From procurement to training, inclusivity is at the heart of all that we do. Initiatives such as the establishment of a Gender Balance Network and a blind auditioning pilot have seen HS2 recognised this year as the number one gender-inclusive employer by Vercida for our approach to tackling these inequalities. 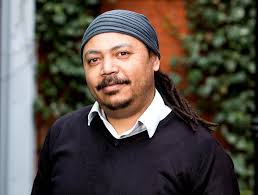 “Elsewhere, our education programmes and curriculum-linked materials are helping showcase the benefits of a career in science, technology, engineering and maths – or STEM – to young people up and down the country.”

As part of its drive to encourage more women to consider a career in the construction industry, HS2 Ltd has worked in partnership to deliver a six-week pilot employability programme in the West Midlands. Fifteen women signed up to the programme and two have already been offered full time positions within the construction industry ahead of their placements finishing next week.

Clara Lenzi from London was keen to spearhead HS2’s INWED campaign as she attributes the new railway’s role in attracting more women into traditionally male-dominated sectors as a reason for joining the project.

Gaining two years’ experience, in addition to a qualification, has helped the 21-year-old build her skills to progress in the industry, an advantage she feels she has on those coming straight from university.

Clara Lenzi, HS2 Ltd Project Management apprentice (front pic) said: “I am proud to be one of many apprentices working for HS2 who are women.

“At HS2 I’ve been given lots of responsibility, which has aided my progression and success as a Project Manager and allowed me to build invaluable relationships within the workplace. I am learning from some of the most experienced people in the industry.”

Clara is one over 320 apprentices who have supported HS2 since Royal Assent was granted in 2017 on Phase One of the railway between Birmingham and London. The most recent intake of apprentices working at HS2 Ltd was 43 per cent female.

HS2 will create 2,000 apprenticeship opportunities over the project’s lifetime, with both HS2 Ltd and its early works contractors already exceeding targets for the number of apprentices employed on the project.

INWED was established by the Women’s Engineering Society, a UK charity which started in 1919 at the end of the First World War when females who had worked in technical jobs during the conflict wanted to continue with this work.

The membership organisation aims to support women to achieve their potential as engineers, encourage and promote the education, study and application of the field, and work with organisations to promote gender diversity and equality in the workplace.