They may not all be household names but there’s some quality this week. 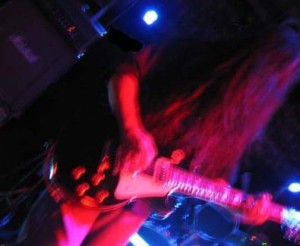 Tuesday sees the collaborative singer/songwriter duo of Amy Wadge and Pete Riley at the Robin to promote their highy-rated collaboration Rivers Apart. Award-winning Amy has already released five solo albums as well as working with others, most recently Ed Sheeran. Liverpudlian Pete has worked extensively in the USA, touring with amongst others REM, the Cranberries and Hootie & the Blowfish. Tickets £10

There’s a return for Robin favourites Albert Lee & Hogan’s Heroes on Thursday. The country rock legends were formed 25 years ago and since then have gone on to forge a reputation as one of the top live acts around, touring extensively and playing festivals all over Europe as well as gaining the admiration of some of the world’s most highly-respected musicians. Tickets £16.50

New to the Robin on Sunday are prog rockers The Pineapple Thief. Since their formation in 1999 the band have released nine albums, the  latest, All The Wars, having been released last month. They’ve also gained a considerable live reputation and are regulars on the festival circuit. Tickets £12.50

For ticket sales and more details of these and other Robin gigs, call 01902-401211 or visit www.therobin.co.uk