State school students from Birmingham will be building robots to pitch against Oxford University’s machines in the third annual Robot Games tomorrow. 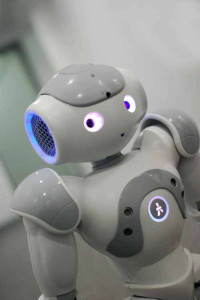 The one-day event will see Kings Norton Boys School students from Year 9 and 10 building wheeled robots from scratch and racing them against the University’s two-legged ‘Oxford robot’ in two Olympic style events – a ‘running race’ and a hurdles event.

The event is part of Oxford’s Computer Science department’s outreach activity targeting young students by offering academic enrichment and a behind-the-scenes tour of an Oxford college.

Suzanna Marsh, Schools Liaison Officer for the Department of Computer Sciences, says: ‘The Robot Games is all about making computer science fun and accessible as a subject to younger students so they keep it open as an option further down the line. Many students lose interest in the subject very early on, particularly girls, so we want to encourage them to think about all the ways in which it can be interesting, and challenge the idea that computer science is all about programming, spreadsheets and endless formulas which only interests the cast of The IT Crowd.’

Students will be given an introduction to the science behind robots before embarking on a practical session designing and building a wheeled robot using Lego Mindstorms, under the guidance of Oxford University staff and students. The robots will then bit pitted against the Oxford University machines in two robot Olympics-style challenges – a sprint and a hurdle event.

The science behind the Robot Games is based around cutting-edge research being carried out at Oxford, including the areas of robotic exploration and robotic search-and-rescue. Robotic exploration involves exploration of locations that are hazardous or inaccessible to humans (such as mine fields, contaminated zones, other planets, or underwater environments). Robotic search and rescue is useful since robots may be deployed in dangerous environments without putting human responders at risk.

The academic team at the Department of Computer Science are particularly involved in developing techniques to help a team of robots efficiently map an environment and report on their findings. Many of the same kind of challenges they face — getting robots to balance, remain stable, sense objects — will be explored by teams during the RobotGames.

This event series is being supported by CAS, the Computing at School Working Group.