Birmingham is to join with other major provincial cities in seeking a fair deal from national government. 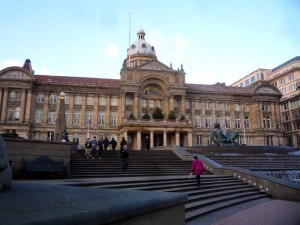 There has been encouraging news that Birmingham will be working with other provincial cities in attracting investment with Sir Albert Bore, the new Leader of Birmingham City Council, today declaring a new era of collaboration with other large English cities – known as the Core Cities – including Manchester, Liverpool and Leeds.

In his first policy statement as council leader, Sir Albert stated, “Manchester is sometimes a competitor of ours. But they are not the enemy. We share vital strategic interests and we should work closely with all the core cities to make sure our collective voice is heard,” He also committed to giving Birmingham a better profile on the national stage as a city leader and an important part of this would be a closer working relationship with the country’s large regional cities.

In contrast to claims that Birmingham’s recent rejection of an elected mayor will lead to the city being sidetracked by national government, Sir Albert and Manchester’s Leader Sir Richard Leese, will work closely together to strengthen the case for both cities with Government. He added: “This marks a clean break from the old approach of competing with the other cities for attention. Instead we recognise that the cities share a common interest in seeking more powers and fairer funding so we can boost growth and create jobs.”

Sir Richard said: “This is not just a city issue. Every part of the UK needs our major cities to be delivering strong and sustainable growth. Manchester looks forward to working with Birmingham, along with the other core cities, to ensure that growth is maximised across the UK in the coming years.”

An early example of this new ‘grown up’ relationship is that the two cities are already exploring ways to share resources and take forward a number of important policy issues. When Birmingham sends a delegation to Downing Street later this year to demand a ‘fair deal’ for Birmingham, Sir Albert will discuss issues that affect all of the core cities. He said: “When we speak to the Prime Minister we will be voicing the concerns of all the core cities and we will be working closely with them to refine the message and our proposals for change.”