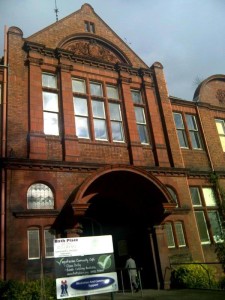 But if Turpin the boxer isn’t around any more maybe his spirit is when it comes to a good bust-up.

Dozens of community organisations in the town are on the ropes and fighting  eviction from their offices and studios they have used for years because the owners want to sell the buildings to developers.

Groups working at the Bath Place Community Venture project have been given final notice to quit. The building’s owners, Warwickshire College, wants to sell the Old Library, a Victorian listed building, for more than £1m.

And nearby in The Gallery, artists have been told they must move as its owner, Warwick District Council, puts up the for sale sign though it is much more coy about how much they want as a price.

The Bath Place Community Venture acts as an umbrella organisation for dozens of tenant groups in The Old Library. It houses bodies such as the mental health group MIND, The Association of Midland Artists, The Youth Inter faith Dialogue, the Community Kitchen (which provides free meals) and The Spires Youth Orchestra.

They all received their notice in February though the college says it has been telling the organisations since last autumn it was selling the old property.

Clayton Denwood, site supervisor for Bath Place said: ‘This is the only community open space in Leamington.’

‘‘We were allowed to use the Old Library after we took it over when it was abandoned. It is unknown what will happen now.’

Next to the Old Library is The Gallery which is separately owned by Warwick District Council. It too is on the market and artists in this space could find themselves without a professional base.

This is the second time that the Bath Place fought a battle with its landlords. Thirty years ago, it was told to leave its nearby place near the current community space. 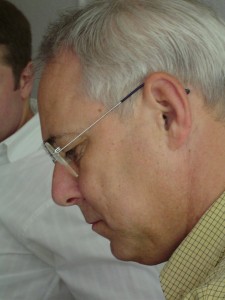 Richard Sharland was the campaigner who fought that battle three decades ago. “It is an old cliche that history repeats itself. ‘ he said. ‘’Warwick District Council can make a difference by supporting Bath Place, just as it did – eventually – back in 1982.’’

A spokesman for the college said it would use proceeds from the Old Library site to expand education in the town.

It stressed that it had given The Old Library to community groups rent free since they took it over in 2009.

Warwick District says it is trying to find alternative space for its tenants in The Gallery. But Mr Denwood is not too hopeful:  ‘Community organisations in this town have no other place to go.’