The region’s food lovers are set for a patriotic feast this summer. 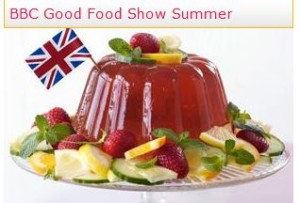 The BBC Good Food Show have announced plans to celebrate the best of Britain at the event, which takes place at the NEC in June. Organisers say that, coming just after Jubilee Weekend, the show is the perfect place for friends and family to meet once again to commemorate all things foodie and British.

Highlights of the show include some of the most exciting British producers in the country, such as the Handmade Scotch Egg Company showcasing a selection of over 40 Scotch egg recipes, British Fine Foods, a one-stop shop for British artisan produce with a top-class range of charcuterie, cheese, smoked fish and much more and the Tracklement Company will be presentingtheir Right Royal Pickles specially designed for the Queen’s Diamond Jubilee.

Visitors to the show also have the opportunity to meet British farmers and growers of some of our best produce, giving the chance to find out more about how we grow fruit and veg here in the UK. They can also taste, try and buy cheeses from across the country, from Cornwall and South Wales to Lancashire.

The nation’s favourite TV celebrity chefs will also be appearing on stage, including James Martin, the Hairy Bikers, John Torode, Gregg Wallace and local food hero Glynn Purnell, all cooking under one roof in front of an audience as some of British TV’s best-loved food programmes go live

Tickets also include entry to BBC Gardeners’ World Live, where visitors can pick up tips on how to grow your own British fruit, vegetables and herbs from gardening experts include Monty Don, Alan Titchmarsh and the rest of the Gardener’s World magazine team.

The BBC Good Food Show takes place at the NEC from 13th-17th June.

Tickets start at £19.75 plus booking fee, with children free at the weekend, and can be obtained from BBCGoodFoodShow.com or by calling 0844 581 1341.