Following the success of last year’s show, Hits of the Bollywood Legends returns to Coventry’s Belgrade Theatre on Sat 26 May with a live show packed full of classic songs from Bollywood Movies from the ‘60s, ‘70s and ‘80s. 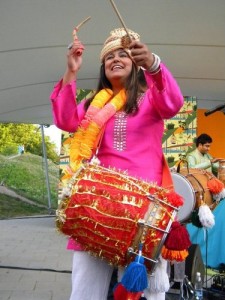 Hits of the Bollywood Legends is a chance to celebrate and remember those classic songs which were sung by artists such as Lata Mangheskhar, Kishore Kumar, Mohammed Rafi with songs from films such as Sholay, Hero and Naseeb. These classics are still being played on radio stations such as Sunrise with the videos being played on music channels such as B4U.

The show will be performed by London based band Bollywood Pandits, who are renowned for performing Bollywood music in a range of styles. Formed in 1994, the band includes Kiran Thakrar, a multi award winning producer and Bollywood collaborator who has performed with some of the biggest names in the business such as Nusrat Fateh Ali Khan, Nadeem Sharavan, Shin from DCS and many more.

Anuradha Shukla, the lead singer has won numerous awards and has also collaborated with artists such as Ginuwine and has performed in front of 20,000 people at the Wembley Arena alongside comedian Bill Bailey.

The Bollywood Pandits have performed all over the world, from London’s Trafalgar Square to Moscow’s Red Square and at high profile events such as the Commonwealth Day for The Queen and Prince Charles, Universal Pictures Cine Expo, Ministry of Tourism Oman, Lloyds TSB Jewel Awards, the British Asian Music Awards and many more.

The Main Stage will also be hosting Motown’s Greatest Hits – How Sweet It Is on Tues 22 May and Hold Back the Night on Fri 25 May, which sees a multi-talented cast perform the music of Abba and the Bee Gees. 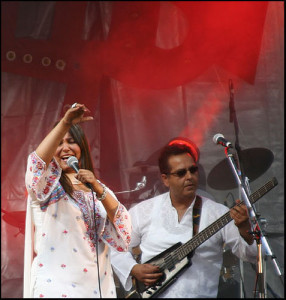 Tickets for Hits of the Bollywood Legends are available now from the box office on 024 7655 3055 priced from £13.25 to £21.25 or online at www.belgrade.co.uk where cheaper tickets can be purchased.