Birmingham has been recognised as one of the best places for businesses to invest by international locations title, Site Selection. 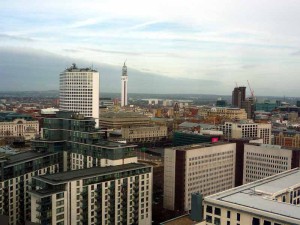 The magazine’s Best to Invest listing, which ranks nations and city regions (metro areas) across the globe according to their appeal to current investors, placed Birmingham fourth in its Western European metros list. The only English city in the top ten, Birmingham ranked above Paris (5), Vienna (7), Berlin (10), Barcelona (10) Rome (12), Amsterdam (13), Zurich (15) and Brussels (17).

Site Selection is an international magazine based in the US and is read by a specialist audience of over 45,000 senior executives and locations experts across the world.

The Best to Invest list considers factors including infrastructure, accessibility, business risks, foreign direct investment levels and any new or expanded facilities announced in the area during 2011.

Wouter Schuitemaker, investment director at the city’s inward investment programme Business Birmingham, said: “This list is produced by industry experts who analyse and compare global cities’ business offer. That Birmingham has come fourth – above such stalwarts as Paris, Vienna, Zurich and Brussels – is incredibly positive.

“The ranking really demonstrates how the city’s work to boost its profile as a business location with international investors, and their influencers, is beginning to show through.

“Birmingham attracted more inward investment than any other UK regional city in 2011 – and with our partners, we are working to build on this and push the city to the top of companies’ European relocation lists.”

The UK is one of Europe’s leading investment destinations due to its stability, infrastructure and investor support.

Schuitemaker continued: “We have made a strong start during Business Birmingham’s first year of operation – creating more than 2,000 jobs and introducing a number of investors to the city region, such as architect Gentler, Chinese manufacturer NVC Lighting and construction group Skanska. Site Selection’s rankings reflect these newcomers and we are working to add more to the list.”

Home to more than 45,000 companies, including 700 international firms, Birmingham is at the centre of a £94 billion regional economy. It attracted £2 billion* of inward investment in 2011.